Record-High 70 Million People Are Displaced Around The World, UN Says 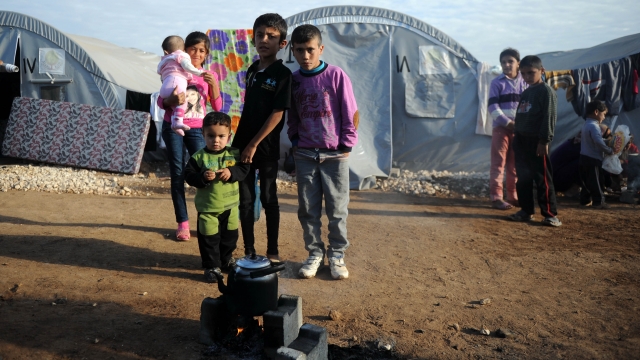 SMS
Record-High 70 Million People Are Displaced Around The World, UN Says
By Peter Hecht
By Peter Hecht
June 19, 2019
A United Nations Refugee Agency Report says nearly one out every 100 people on the planet has fled — most due to war, conflict or persecution.
SHOW TRANSCRIPT

More than 70 million people, the highest on record, were displaced around the world last year amid a growing global migrant crisis.

Those are the findings from the annual Global Trends Report from the United Nations Refugee Agency. Its trove of data offers a grim portrait of challenges around the world: Millions of people fleeing civil wars in Syria and South Sudan, unending conflict in Afghanistan, ethnic persecution in Myanmar, violence and drought in Somalia.

The UN says 41 million people have been displaced within their own countries due to conflict or human rights violations and nearly 26 million have fled to other countries as refugees.

Additionally, more than 3.5 million people were seeking asylum in other lands, including migrants escaping gang violence and poverty in Central America or political upheaval in Venezuela.

Filippo Grandi, UN High Commissioner for Refugees, calls the report “further confirmation of a longer-term rising trend in the number of people needing safety from war, conflict and persecution.”

The number of displaced people jumped by 2.3 million from 2017 to 2018. The global total is double from just a decade ago, with nearly 1 in every 100 people now forced from their homes.

The report was released ahead of Thursday's World Refugee Day, an international observance on the plight of displaced people.