UN Report: More Than 68 Million Were Forcibly Displaced In 2017 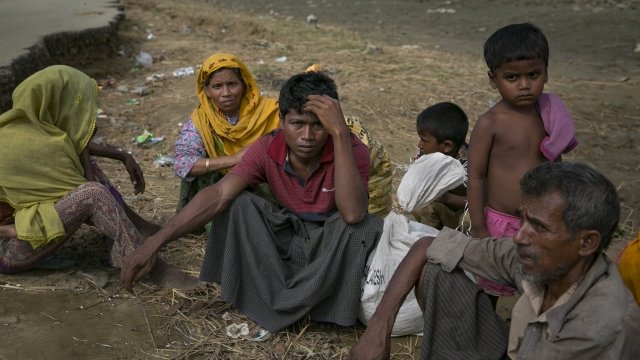 SMS
UN Report: More Than 68 Million Were Forcibly Displaced In 2017
By Audrey Esther
By Audrey Esther
June 19, 2018
A record number of people worldwide were forcibly displaced in 2017, according to the latest Global Trends report.
SHOW TRANSCRIPT

Wars, violence and persecution were the primary reasons for the forced displacement of more than 68 million people worldwide in 2017. That's a record number, according to the latest Global Trends report from the United Nations Refugee Agency, known as UNHCR.

The report says that's equivalent to one person becoming displaced every two seconds or more than 44,000 people each day. The report also says that 53 percent of the global displaced population are children, which includes many separated from their families.

More than 25 million of those displaced in 2017 were refugees. Most of them, more than two-thirds, came from five countries: Syria, Afghanistan, South Sudan, Myanmar and Somalia.

To help address the growing issue of forced displacement, the U.N. High Commissioner for Refugees says in a few months a new Global Compact on Refugees will be presented to the U.N. General Assembly for adoption.