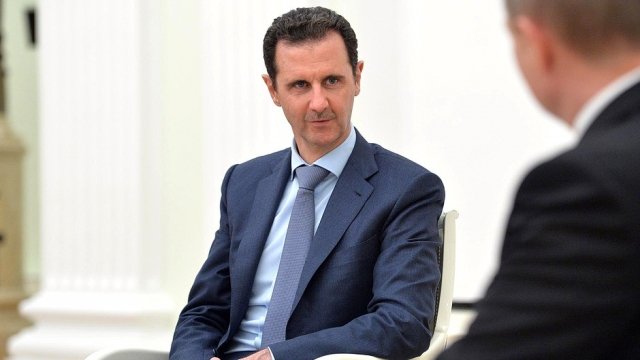 SMS
Report: Syrian Government Behind Deadly Chemical Weapons Attack
By Jake Jones
By Jake Jones
October 28, 2017
Officials from both Syria and its ally Russia have said the attack was a fabrication.
SHOW TRANSCRIPT

The Syrian government carried out a deadly sarin gas attack, according to the Organization for the Prohibition of Chemical Weapons and the United Nation's Joint Investigative Mechanism.

The report confirms what many Western powers already agreed on, but Syria's ally Russia won't be so easy to convince. Assad still says the government wasn't behind the attack. Both Russia and Syria have claimed the attack was entirely fabricated. And Russia questioned the investigators' objectivity, pointing to "many inconsistencies" in the report.

That veto counts as the ninth time Russia has shielded Syria from U.N. action.

On the issue, U.S. Ambassador to the U.N. Nikki Haley said: "Time and again, we see independent confirmation of chemical weapons used by the Assad regime. And in spite of these independent works, we still see some countries trying to protect the regime. That must end now."