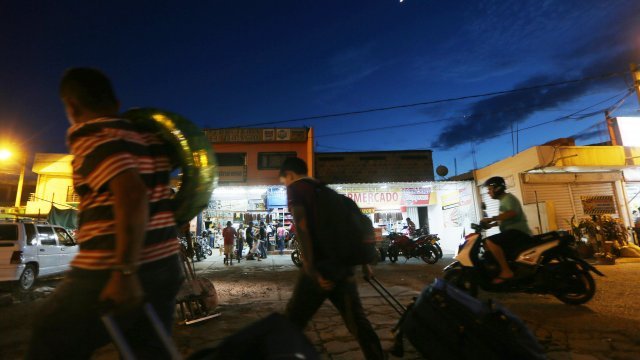 By Sebastián Martínez Valdivia
November 8, 2018
The number of Venezuelan migrants in Colombia alone is more than 1 million.
SHOW TRANSCRIPT

Almost a tenth of Venezuela's population has left the country over the past few years. That's according to the U.N., which announced Wednesday some 3 million people in all have fled the country.

The U.N. says the bulk of those people have emigrated to other countries in Latin America and the Caribbean, with Colombia being the most popular destination. That country reportedly receives thousands of Venezuelan migrants every day.

The country's political instability, inflation, food shortages and violence are driving factors behind the exodus. President Nicolás Maduro has called the story of Venezuelans leaving the country, "a media invention."

Colombia and Peru, the second-most popular destination for Venezuelans, have both tried implementing restrictions on Venezuelans entering their countries.

But a U.N. official quoted in the announcement said, "Countries in Latin America and the Caribbean have largely maintained a commendable open-door policy" to Venezuelans.