UN Pulls Staff Out Of Sudan As Violent Protests Continue 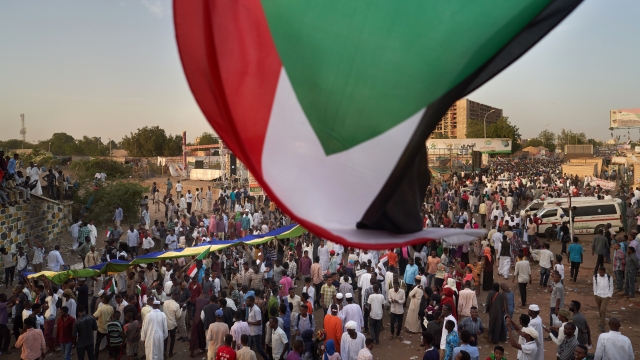 Because of the ongoing protests and violence in Sudan, the United Nations is pulling some of its staff temporarily from the country. A UN Spokesperson says "critical" personnel will remain.

On Monday, security forces launched a raid on a protest camp in Sudan's capital. A Sudan medical group linked to protests told AlJazeera more than 100 people were killed and hundreds more injured in the raid.

The death toll was previously reported to be much lower, but the medical group says the paramilitary Rapid Support Forces pulled around 40 bodies from the Nile River Tuesday.

For some background: Protests started in December after the government cut subsidies on fuel, bread and other staples. The protests escalated into calls for longtime president, Omar al-Bashir, to step down. In April, al-Bashir was ousted in a military coup and the Sudanese Army took control of the government.

Protesters are calling for the army to hand control over to a civilian government. Last month, a Sudanese military spokesman said military and civilian protest leaders agreed to transition to a fully civilian administration after a three-year period.

But on Tuesday, Sudan's military leader canceled that agreement and called for snap elections to be held within nine months. On Thursday the African Union suspended Sudan's membership until a civilian-led transitional government is created.