UN Experts Say 'Alarming' Bills Could Restrict Protests In The US 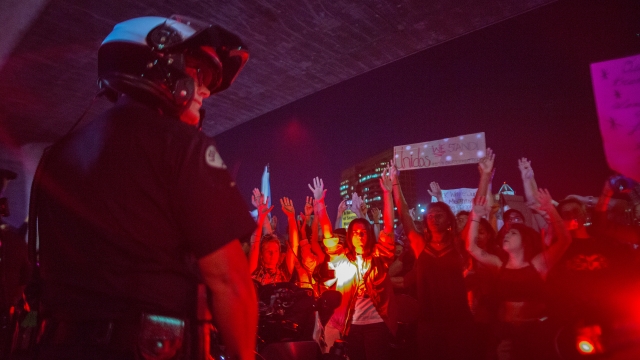 SMS
UN Experts Say 'Alarming' Bills Could Restrict Protests In The US
By Ryan Biek
By Ryan Biek
April 2, 2017
The lawmakers behind the bills say nonprotesters need to be protected, too.
SHOW TRANSCRIPT

United Nations human rights experts are calling out American lawmakers for what they say is an "alarming" trend of proposals against peaceful protests.

The warning comes from two special rapporteurs who examine freedom of speech and assembly laws worldwide.

Since November, at least 19 U.S. states have introduced bills that the experts say would unconstitutionally restrict the right to assemble. 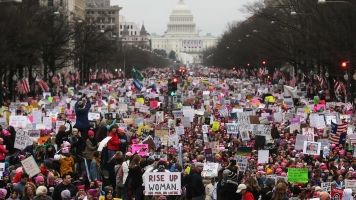 Some of the bills, like ones in Arizona, Virginia and Mississippi, have already been defeated. We should note that the remaining bills are all proposals, not laws yet.

They also vary by issue and severity. For example, a proposal in Indiana would let police use "any means necessary" to clear roads blocked by protesters.

A different proposal in Florida would make it so drivers who hit or even kill protesters blocking traffic are only liable if it's proved to be intentional. 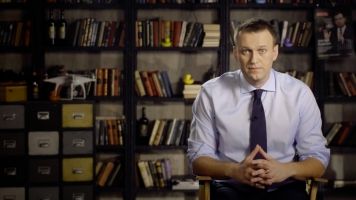 And a Minnesota representative has pushed legislation to force those who disturb the peace to pay for policing costs.

Lawmakers behind the proposals have argued nonprotesters need to be protected, too — from people on clogged roads to people with property near protests.

But the U.N. experts argue protests aren't the sum of their parts: If violence occurs, it's certain protesters who are violent, not the protest itself.

If these bills become law, the experts argue they'll have a chilling effect on peaceful protesters — preventing them from using their first amendment rights.