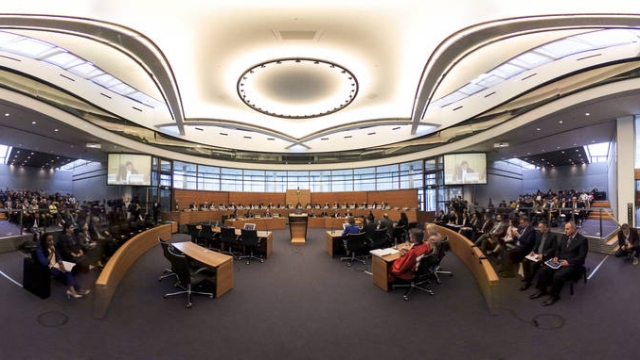 SMS
UN Maritime Court Orders Russia To Release Ukrainian Sailors
By LeeAnne Lowry
By LeeAnne Lowry
May 26, 2019
At the time of the incident, Russia said the Ukrainian vessels were in its waters illegally, but Ukraine said it had a right to use the Strait.
SHOW TRANSCRIPT

For perspective, the Strait is an important shipping route for several Ukrainian port cities, but it runs by Crimea, which was annexed by Russia in 2014.

At the time, Russia said the Ukrainian vessels were in its waters illegally, but Ukraine said it had a right to use the Strait and warned Russia that it planned to pass through.

At the end of March, Ukraine started proceedings with the U.N.'s International Tribunal for the Law of the Sea. On Saturday, the court ordered Russia to release the sailors and ships. It also urged both countries to avoid actions that would further escalate the dispute.

A Russian state-run news agency wrote that Russian officials didn't attend the tribunal's hearings because the country didn't think the court had the authority to review the incident.