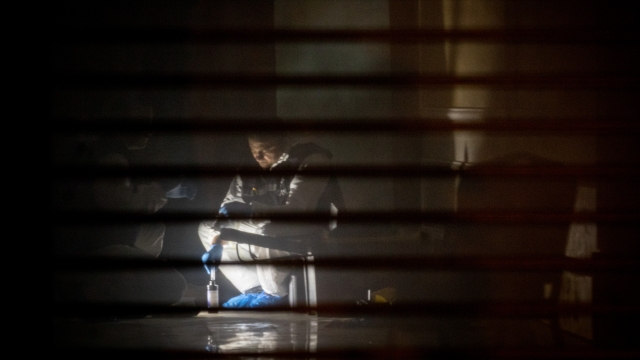 There's already been investigations into his death, but the report released Wednesday by the U.N's special rapporteur on extrajudicial, summary or arbitrary executions said investigations by Saudi Arabia and Turkey "failed to meet international standards."

Saudi officials were at the Saudi consulate and residence in Istanbul from October 6 to 15, presumably investigating the killing. But officials did not provide U.N. investigator Agnes Callamard with any information about the evidence they collected during that time.

Callamard called Saudi Arabia's statement on the findings last November "light on details, limiting itself to a few general allegations." She also found "credible evidence" the crime scenes may have been "thoroughly, even forensically, cleaned."

Saudi authorities also controlled Turkey's investigation: Turkish investigators only had access to each site for a limited amount of time and were always escorted by Saudi investigators. They were restricted from a full forensic investigation, and they weren't allowed to drain a well at the consular residence.

Getting permission from a country to search its consulate is required under the Vienna Convention on Consular Relations. However, it isn't required for consular residences or vehicles. The U.N investigator said Turkey unnecessarily sought permission for all searches out of fear of escalating tensions.

Eleven people are being tried in Saudi Arabia, but the hearings are closed-door. Some Turkish and U.N. officials were invited, but only on the condition of a non-disclosure agreement. That means no one can confirm that the trials are legitimate. Callamard says those restrictions put the U.N. in a difficult position, where it could be "complicit in what may well amount to a miscarriage of justice."

So, what now? First, Callamard called for these trials to end, and recommended the U.N. launch a criminal investigation into Khashoggi's death. She also called on the FBI to launch its own investigation, saying suspects could be tried under a U.S. law against conspiracy to murder in a foreign country.