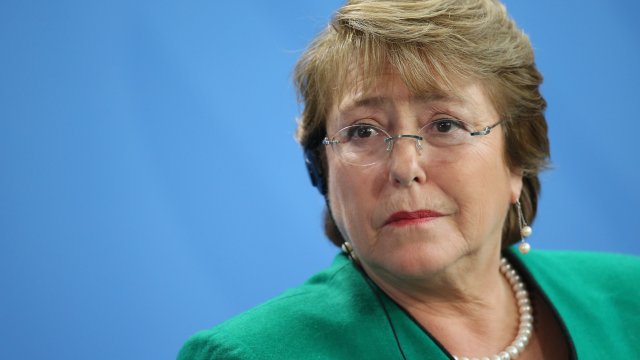 The United Nations' human rights chief is speaking out about the conditions that migrants and refugees are being held in after crossing the southern U.S. border.

In a statement Monday, UN High Commissioner for Human Rights Michelle Bachelet said she's "appalled" by the way adults and children are being treated while they're detained at the border.

But Bachelet singled out the conditions for kids in particular. She said several UN human rights bodies have found the detention of migrant children "may constitute cruel, inhuman or degrading treatment that is prohibited by international law."

But officials at the department, including acting secretary Kevin McAleenan, have defended conditions at the facilities.

And on Twitter Sunday, President Donald Trump accused the media of writing "phony and exaggerated accounts" of the Border Patrol stations. The same day, he told reporters the migrants are "very happy with what's going on" and said he wants the press to go in and see the Border Patrol facilities.