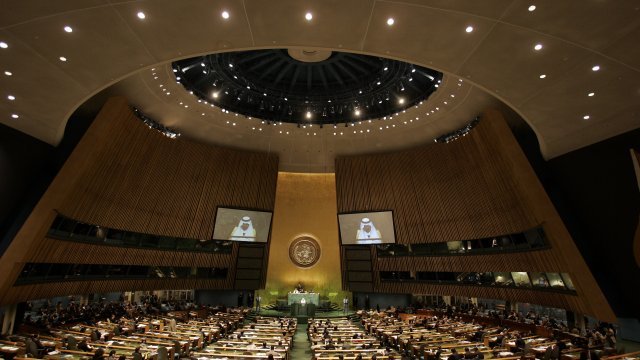 The U.K. Mission to the U.N. tweeted Sunday that the U.K., France, the U.S., Poland, the Netherlands, Sweden, Kuwait, Peru and Cote d'Ivoire had called the meeting.

U.S. State Department spokeswoman Heather Nauert called the reports of the attack "horrifying" and said if they’re true, they "demand an immediate response by the international community."

President Donald Trump said earlier Sunday that Russia and Iran would have a "big price to pay" for their support of the Syrian government.