UN Says It Has Received 'Disturbing' Reports Of Executions In Aleppo 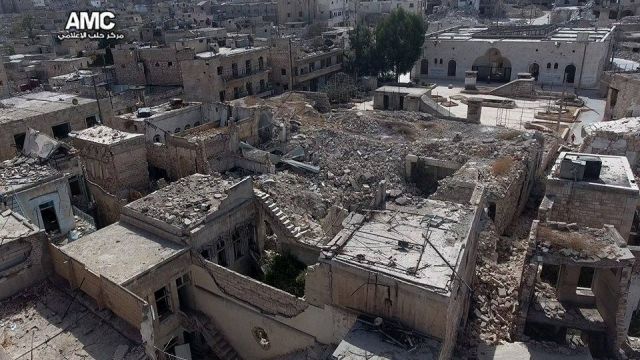 SMS
UN Says It Has Received 'Disturbing' Reports Of Executions In Aleppo
By Briana Koeneman
By Briana Koeneman
December 13, 2016
The United Nations says it has heard "deeply disturbing" reports that at least 82 people have been fatally shot in four different neighborhoods.
SHOW TRANSCRIPT

The United Nations said in a press briefing Tuesday it heard "deeply disturbing" reports that at least 82 people, including women and children, were shot and killed in four different neighborhoods in the past few days.

Several accounts claim bodies were in the streets but that residents were afraid to retrieve them because of the "intense bombardment."

The U.N. hasn't independently verified the reports of civilians being killed but says reliable sources have confirmed the information.

The battle for Aleppo has been ongoing for four years. According to several media reports, government forces have taken nearly all of the eastern part of the city from the rebels.

Russia's ambassador to the U.N. told the press the ceasefire will allow rebel fighters to flee Aleppo and let civilians evacuate to safer parts of the city.