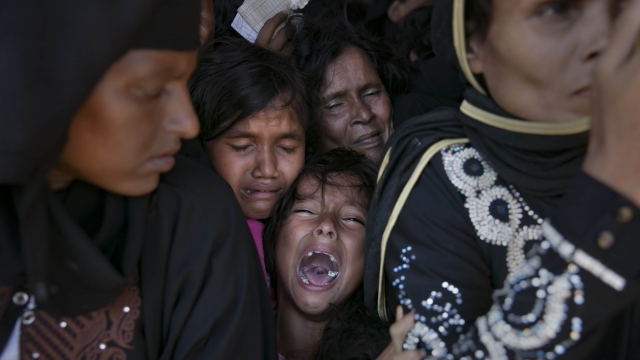 SMS
UN Rights Envoy Wants Myanmar Army Chief Prosecuted For 'Genocide'
By Ahmed Jawadi
By Ahmed Jawadi
January 25, 2019
She said it ​was necessary to hold the perpetrators accountable for their crimes before refugees could return back to Myanmar.
SHOW TRANSCRIPT

A U.N. human rights investigator said Friday Myanmar's army chief should be prosecuted for genocide against the Rohingya Muslims.

The U.N. special rapporteur on human rights in Myanmar, Yanghee Lee, said the commander-in-chief of Myanmar's army and others "should be held accountable for genocide in Rakhine and for crimes against humanity and war crimes in other parts of Myanmar." She added that it was necessary to hold the perpetrators accountable for their crimes before refugees could return back to Myanmar. Lee has been barred from entering Myanmar since late 2017.

A 440-page U.N. report released last year detailed what it called "the gravest crimes under international law." The report found "clear patterns of violations by the Myanmar military," including killing thousands of Rohingya civilians and burning hundreds of settlements. Myanmar says its military was responding to attacks by Rohingya militants.

More than 725,000 Rohingya were deported to Bangladesh after a military crackdown in 2017. Myanmar and Bangladesh had struck a deal to start repatriating the Rohingya refugees last year, but plans were scrapped after officials couldn't find anyone who wanted to go back.