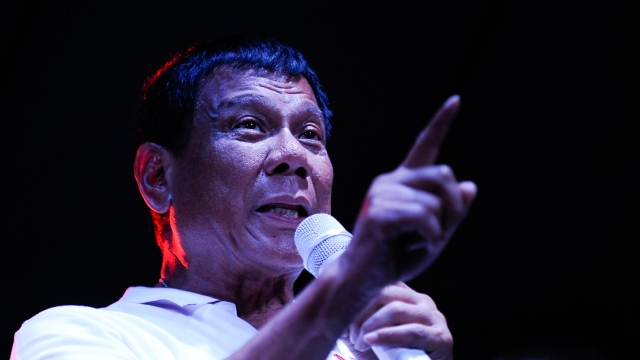 The United Nations Human Rights Council has voted to investigate the thousands of killings in the Philippines related to the country's war on drugs.

The council narrowly passed the resolution brought forth by Iceland on Thursday. It requires the U.N. human rights chief to provide a comprehensive report on the human rights situation in the Philippines in a year's time.

The Philippine government has acknowledged more than 6,000 people have been killed in President Rodrigo Duterte's anti-drug operations since 2016. But human rights groups estimate the death toll is more than four times that amount.

The Philippines' secretary of foreign affairs blasted the resolution, saying it's "politically partisan and one-sided" and "straight from the mouth of the queen in 'Alice in Wonderland.'" Duterte, meanwhile, told reporters he'd consider allowing the council to investigate, saying, "Let them state their purpose and I will review."

Back in March, the Philippines officially left the International Criminal Court a year after the organization began looking into the country's ruthless crackdown on drug dealers.