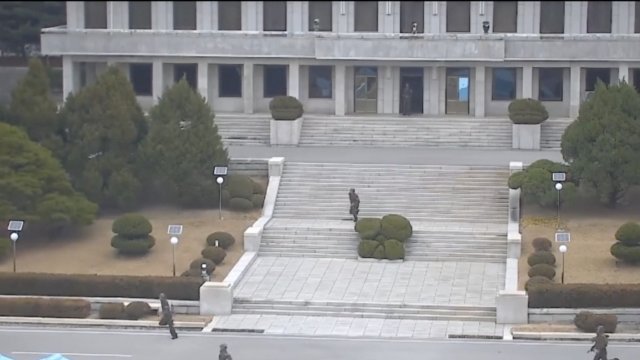 SMS
Watch A North Korean Soldier's Risky Defection Across The DMZ
By Ryan Biek
By Ryan Biek
November 22, 2017
For the first time, the United Nations Command has released security footage of a North Korean's defection across the demilitarized zone.
SHOW TRANSCRIPT

The actual event took place Nov. 13, but the U.N. Command released its video Tuesday after investigating the incident.

The video shows the defector — a 24-year-old known as Oh — racing in a vehicle toward the South Korean border. North Korean soldiers chase him on foot and nearly catch up to him after his vehicle gets stuck. 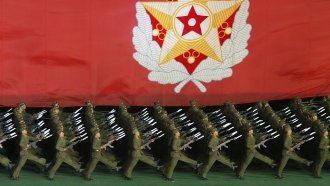 According to the U.N. Command, North Korean soldiers violated the 1953 armistice agreement while pursing Oh — both by firing into South Korean territory and when one North Korean temporarily crossed the military demarcation line.

Oh underwent multiple surgeries, and according to his surgeon, he's expected to survive. Oh is reportedly the third member of North Korea's military to defect in 2017.