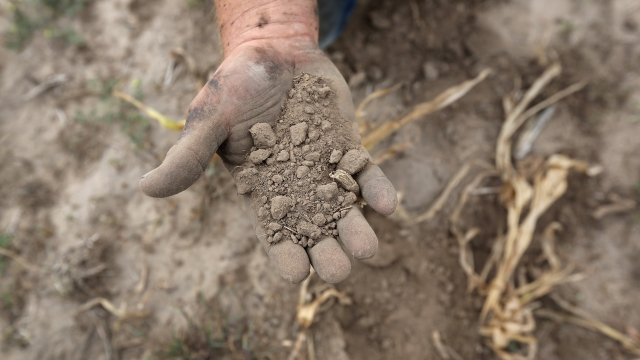 The report was put together by more than 100 leading scientists from 52 countries.

A new United Nations report says the world's food supply is at risk — thanks to climate change and "unprecedented rates" of land and water use.

The report, which was put together by more than 100 leading scientists from 52 countries, was released in summary form on Thursday.

It says soil is being lost between 10 and more than 100 times faster than the Earth can produce it. And climate change isn't helping the situation.

The report notes that heat waves, drought, heavy rains and other types of extreme weather can exacerbate rapid land degradation.

If steps aren't taken to fix the issue, it could disrupt and eventually shrink the global food supply, and create shortages on several different continents at the same time. And that could cause food prices to go up.

As one of the report's authors told reporters: "The potential risk of multi-breadbasket failure is increasing. All of these things are happening at the same time."

But there are solutions. The report says better soil management, crop diversification and greater efforts not to waste the food we already have could make a big difference.