Civilian Deaths In Afghanistan Are At 'Extreme Levels,' UN Says 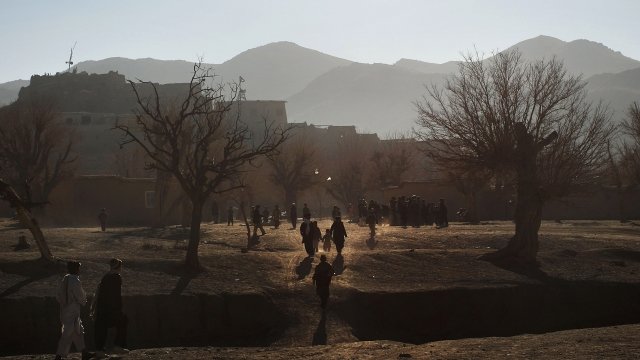 By Briana Koeneman
October 10, 2018
The United Nations said in a report Wednesday that nearly 2,798 civilians were killed between Jan. 1 and Sept. 30 of this year.
SHOW TRANSCRIPT

Civilians in Afghanistan are experiencing "extreme levels of harm" from the armed conflict in their country — according to new numbers from the United Nations.

The UN Assistance Mission in Afghanistan said in a report Wednesday that 2,798 civilians were killed between Jan. 1 and Sept. 30 of this year. That's a five percent increase from the same period last year.

The UN determined improvised explosive devices caused nearly half of all civilian deaths and injuries so far in 2018. And most of the casualties were attributed to "anti-government elements" like the Taliban.

The head of the UNAMA said in a statement, "As there can be no military solution to the fighting in Afghanistan, the United Nations renews its call for an immediate and peaceful settlement to the conflict to end the suffering of the Afghan people."

But those numbers could go up as the country prepares to hold long-delayed parliamentary elections later this month. The Taliban has already threatened to stage attacks in order to disrupt election proceedings.