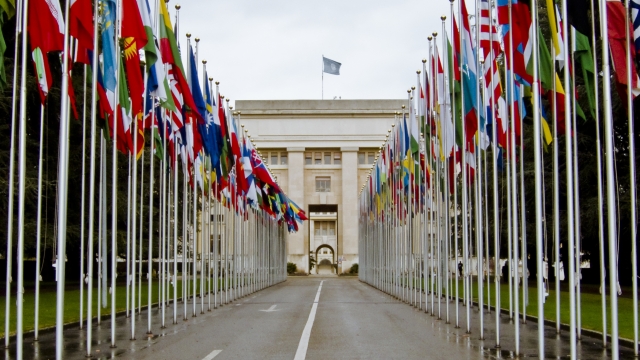 The UN Committee on the Elimination of Racial Discrimination, or CERD, will launch an investigation into whether Israel is promoting apartheid in the occupied Palestinian territories.

The Palestinian Authority filed the official complaint with CERD last year over what it says are Israel's discriminatory policies in the West Bank and Gaza. The PA and Israel are both parties to the UN's anti-racism convention, but it's reportedly the first time a member has lodged a report against another.

Israel, though, does not recognize the PA's membership. And because of that, a UN legal adviser had previously argued that the case was outside CERD's jurisdiction.

But two weeks ago, CERD decided to move forward with the complaint, and it will now begin a process of conciliation between the PA and Israel. Israeli officials, however, are reportedly undecided over whether they will participate.

Under international law, Israel's ongoing occupation of the Palestinian territories is illegal. Earlier this month, the International Criminal Court's chief prosecutor said there was a "reasonable basis" to investigate alleged Israeli war crimes stemming from Israel's 2014 offensive in Gaza. The chief prosecutor said charges could also be brought against Hamas and Palestinian armed groups.

Israel, however, is not a member of the ICC and has dismissed the war court's jurisdiction in its affairs.