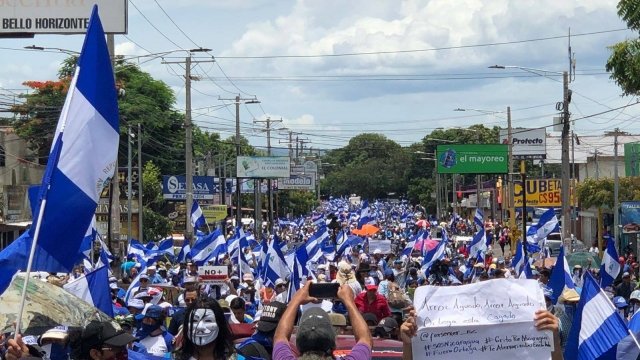 The U.N. has issued a report accusing the Nicaraguan government of committing human rights violations.

The Office of the U.N. High Commissioner for Human Rights published the 41-page report Wednesday.

The U.N. says the Nicaraguan government is using multiple forms of violence in its attempts to repress widespread protests. That violence has led to about 300 deaths and 2,000 injuries.

Ortega said in an interview with Fox News in July that he wouldn't step down.

Amnesty International released a report in May saying Nicaraguan officials were using a "shoot to kill" policy to deal with the protests.

The human rights violations documented by the U.N. include "disproportionate use of force by police that sometimes resulted in extrajudicial killings," enforced disappearances and illegal detentions, among others.

The U.N. said urgent action is needed to address the human rights crisis. It put together a list of 12 suggestions for the Nicaraguan government. One suggestion was to stop "harassment, intimidation, stigmatization, criminalization ... and other types of reprisals" when dealing with the protests.