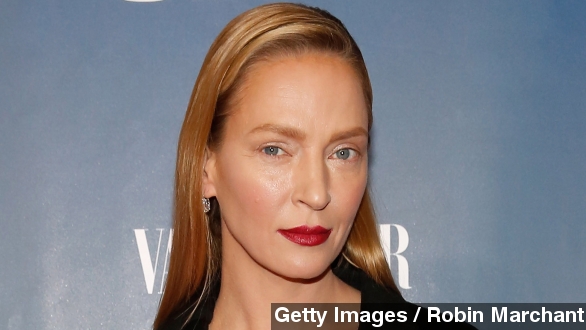 Renee Zellweger 2.0? Uma Thurman is getting called out for looking "unrecognizable" at the premiere of her new show, "The Slap," Monday night.

OK, here's an obligatory side-by-side. Granted, Thurman looked a little more like her usual self about a month ago at another NBC event. But honestly, thinking the difference here is mostly hair and makeup.

Seeing the actress without her trademark bangs is definitely striking. She was also wearing very little eye makeup, if any at all.

But media judgment came fast. We're guessing some were in search of another Zellweger-driven day of Web traffic. Hollywood Life called the photos "shocking." The New York Post and several others used the word "unrecognizable," a term thrown around a lot about Zellweger when she showed up at an event in October.

The Metro flat-out said Thurman had "done a Renee Zellweger" and also gave us this handy-dandy slide tool.