Ukrainian Politician's Supporters Break Him Out Of Police Custody 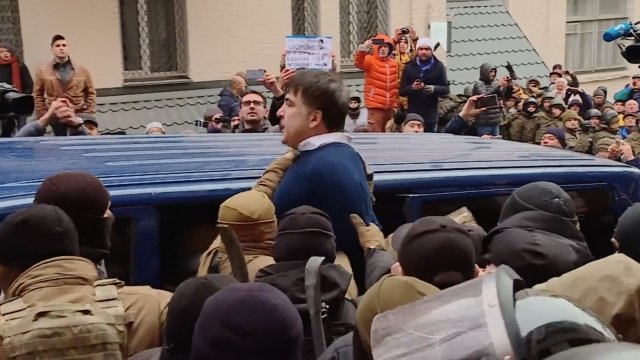 SMS
Ukrainian Politician's Supporters Break Him Out Of Police Custody
By Jake Jones
By Jake Jones
December 5, 2017
Mikheil Saakashvili used to be a regional governor but clashed with Ukraine's president, accusing him of corruption.
SHOW TRANSCRIPT

A dramatic scene played out on the streets of Ukraine's capital as supporters of a prominent politician broke him out of police custody.

That man is Mikheil Saakashvili. He was once Georgia's president; in 2015, he was granted Ukrainian citizenship and became a regional governor there. But he clashed with Ukrainian President Petro Poroshenko after accusing him of corruption.

Security forces arrested Saakashvili in Kiev on Tuesday morning. But his supporters intervened, surrounding a police van and blocking its exit. The crowd then pulled him free from custody. 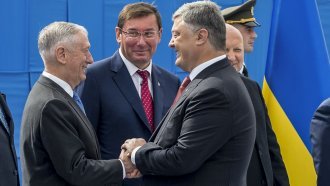 He told supporters: "I will lay down my life for the freedom of Ukraine and for its liberation from the hucksters and oligarchs. I want to encourage every citizen of Kiev to take to the streets today, to gather on Maidan [Square] and begin the process of ridding Ukraine of Poroshenko and his gang."

Ukrainian officials gave Saakashvili until 9 a.m. Wednesday to turn himself in.