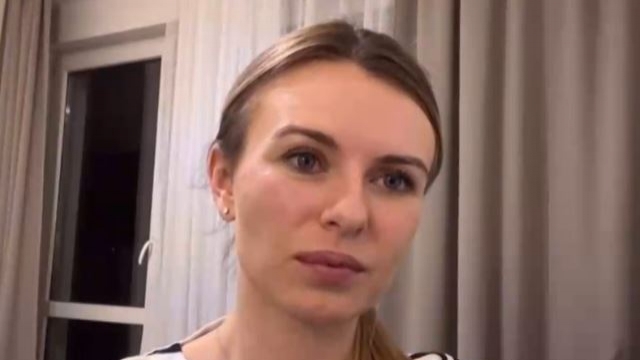 Lindsay Tuchman: Joining me now is a member of the Ukrainian parliament Lesia Vasylenko. Lesia, thank you so much for your time today. We're not going to mention where you are, for your own safety. But we do want to ask you first, how you're doing, as well as the people around you?

Lindsay Tuchman:  The world has been inspired by the resilience of the Ukrainian people, people like you, the military, and of course, President  Zelenskyy as well. It does appear that Ukraine has been making things rather difficult for Russia, clearly more than what we believe Putin was expecting. So, what's your perspective on Ukraine's resolve throughout everything that's happened over the past couple of weeks?

Lesia Vasylenko: Ukraine has proven to be a very strong country, with a very strong military, and even stronger people. We are a nation that stands united, and we stand united for freedom. Moreover, we stand united because we understand that this is our only way to survive, and to keep existing in the world tomorrow, because the war that is being waged against us, is a war of destruction. Russia wants Ukraine gone as an independent state, and it is doing everything it can to destroy the Ukrainian people and the will of the Ukrainian people to live, and to stay strong, and to stay independent.

Lindsay Tuchman: You have been tweeting a lot through everything that's going on. You noted today, in fact, on Twitter the extent to which Russia has been sanctioned so far, but you're calling for more economic punishments. So, what is it that you would like to see the U.S., and other allies, do to build on the sanctions that have already been levied to Russia?

Lesia Vasylenko:  Look, Russia must be destroyed from the inside and from the outside, that country has gone wrong in every possible way. The people of Russia are no longer strong to stand up to the power praise leader, and to take matters into their own Democratic hands. Those people and that country must be helped, the only way to help it is to get rid of Putin and all his cronies. The only way to do that, is to disassemble them bit by bit in terms of economic sanctions. All companies who are operating international companies who are operating in Russia, must be out immediately. There must be no economic relations with Russia whatsoever.

Lindsay Tuchman: You've also been calling for a no fly zone over Ukraine, which is something we have heard over the past several days. But it's been a topic of a lot of debate both overseas, and here in the U.S.. The argument against a no fly zone is that it would escalate the situation, perhaps as far as leading to another world war, because it would mean the U.S. and NATO countries would have to be willing to shoot down Russian aircrafts. Tell us more about why this is an important step that you believe needs to be taken.

Lesia Vasylenko:  Ukraine is strong, and we've proven to the world that, you know, we will do whatever it takes to to survive as a nation. But we are not as strong as the second largest army in the world. We are up against a maniac who is obsessed with destroying us. So, in order for us to keep standing tomorrow, still as an independent state, we need the help and we need all the help we can get. We would really appreciate the world stepping in and helping us shut down Russian missiles, and Russian rockets, and Russian private debt. This is why we call for a no fly zone. It's important not just for our people, but it's also important for the whole world, for the security of the global community, and all of  the citizens in in all the countries. In Ukraine, we have very hazardous facilities such as nuclear power plants, if Putin hits one of those, you're looking at nuclear disaster of scale never seen before in the world. So, it is really imperative that we have that help shooting down the missiles and closing off the Ukrainian sky.

Lindsay Tuchman: To your understanding, what is the latest on the ground? As of today? Do you have any updates for anything that's happening or anything that needs to be happening immediately?

Lesia Vasylenko: Unfortunately, as of today, we hear affirm "no" for the no fly zone, as there is still disillusion among global leaders that this will trigger World War III. World War III started on the 24th of February 2022, just an update for everyone, the fact that Ukraine has been hit, and the fact that all the global community reacted with sanctions, that means that you're already taking part in this situation.