A Reportedly Murdered Russian Journalist Showed Up Alive The Next Day 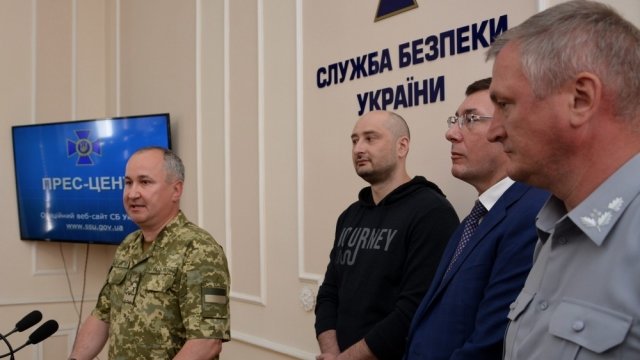 A Russian journalist who was reported murdered on Tuesday showed up alive at a press conference on Wednesday.

Ukrainian officials reportedly decided to stage the murder of Arkady Babchenko after they found out someone else was hired to kill him.

Officials said Tuesday that Babchenko was shot at his apartment and even went so far as to release a sketch of a suspect. After Babchenko's surprise appearance at Wednesday's press conference, he apologized to his friends and family for keeping them in the dark — especially his wife.

Babchenko is a vocal critic of the Kremlin, and investigators believe Russian authorities were behind the plot to kill him.