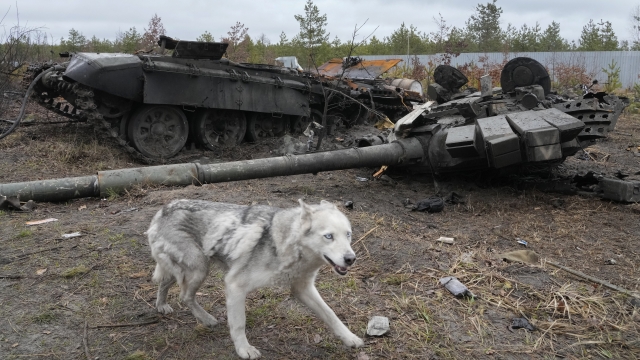 SMS
Ukrainian Forces Continue Resistance, Take Back Territory From Russia
By Newsy Staff
By Newsy Staff
April 3, 2022
"The war, not only is it not over, it's just the second round," journalist Mark Savchuk tells Newsy.

It has been over a month since Russia launched its invasion of Ukraine, now possibly a shift in strategy as Russian troops are pulling back from Kyiv.

So, could this be the start of a major change in the war?

Mark Savchuk, coordinator of the Ukrainian volunteer journalist initiative, joins Newsy from a bomb shelter in the city of Kyiv to give us a picture of what is happening on the ground in Ukraine.