Ukraine Citizen Talks About His Family Not Able To Leave Ukraine 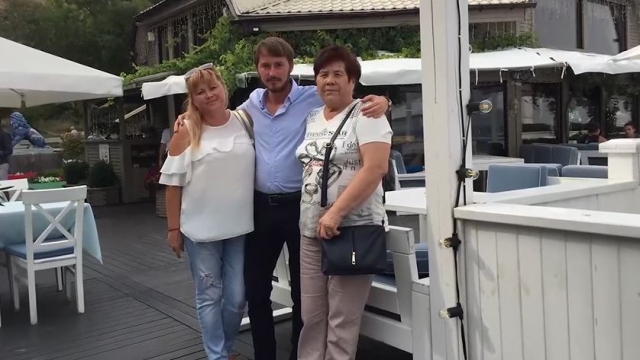 SMS
Ukraine Citizen Talks About His Family Not Able To Leave Ukraine
By Maura Sirianni
By Maura Sirianni
February 27, 2022
The United Nations says there are at least 368,000 refugees because of the war in Ukraine, and many more are still trying to cross the border.

Like many Ukrainians Newsy has spoken to over the past few days, Vladyslav Kopytkov says he simply did not believe that any kind of invasion was going to take place.

Kopytkov says he already had some of his bags packed, and was on his honeymoon in Sri Lanka, when his flight back home to Odessa got canceled Saturday. The Ukraine native is still in disbelief.

"I couldn't imagine that an open aggression like this would happen," said Kopytkov, who is currently in Warsaw, Poland, staying with friends.

Countries across Europe have opened borders and agreed to host hundreds of thousands of Ukrainian refugees fleeing the Russian attack.

This, as a border guard in Poland tells the Associated Press that some 22,000 people have crossed back into Ukraine since Thursday to defend their homeland.

"If I talk about my hometown of Odessa, the enemy has gone in three major directions," said Kopytkov, describing the three-pronged assault on Ukraine that brought explosions and set off air-raid sirens to the country's capital and other cities.

"So, it's Melitopol, Kherson, Nova Kakhovka and of course including my hometown of Odessa."

Odessa is the third most populous city in Ukraine, located in the southwest portion of the country, and a port city on the Black Sea, a transport hub known for tourism. Kopytkov says his family there tells him of airstrikes, tanks and heavy fighting.

"My feelings now is that a lot of my family and friends have taken up arms and are trying to defend my country," Kopytkov said.

Kopytkov says he is in contact with his parents, brothers, and sisters, who are currently hiding in shelter, and that support from around the world has been a blessing.

"We see a lot of people coming out and showing their support for Ukraine by singing the Ukrainian anthem in cities across Europe and across the world—that helps motivate us, helps us fight and of course that brings us more spirit to fight off our attackers," said Kopytkov.

Kopytkov said he agrees with President Volodymyr Zelenskyy about a diplomatic breakthrough not being possible, and says at this point, the people of Ukraine don't believe anything coming from Russian sources.