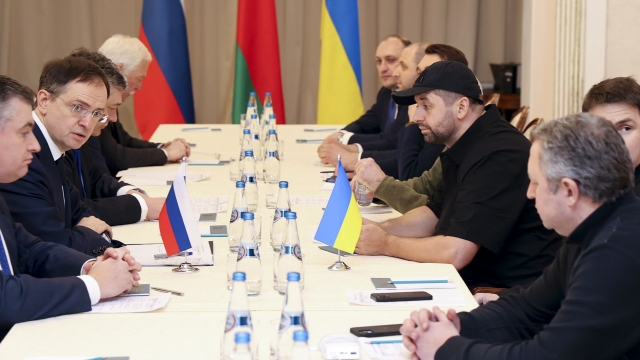 Ukrainian and Russian delegations arrived for talks Monday on Ukraine’s border with Belarus. But it's unclear what, if anything, those talks would yield. Ukrainian President Volodymyr Zelenskyy’s office said it would demand an immediate cease-fire. 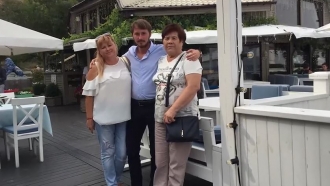 Ukraine Citizen Talks About His Family Not Able To Leave Ukraine

While Ukraine sent its defense minister and other top officials, the Russian delegation is led by Putin's adviser on culture — an unlikely envoy for ending the war and a sign of how Moscow views the talks. It wasn’t immediately clear what Putin is seeking in the talks or from the war itself.

Western officials believe Putin wants to overthrow Ukraine’s government and replace it with a regime of his own, reviving Moscow’s Cold War-era influence.

A senior U.S. intelligence official says Belarus is expected to send troops into Ukraine as soon as Monday to fight alongside Russian forces that invaded Ukraine last week.

Belarus has been providing support for Russia’s war effort, but so far has not taken a direct part in the conflict. 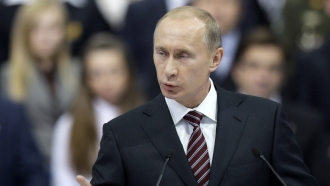 The American official has direct knowledge of current U.S. intelligence assessments and says the decision by Belarus’ leader on whether to bring Belarus further into the war depends on talks between Russia and Ukraine. The official spoke anonymously to discuss the sensitive information.

Russian forces have encountered strong resistance from Ukraine defenders, and U.S. officials say they believe the invasion has been more difficult, and slower, than the Kremlin envisioned, though that could change as Moscow adapts.