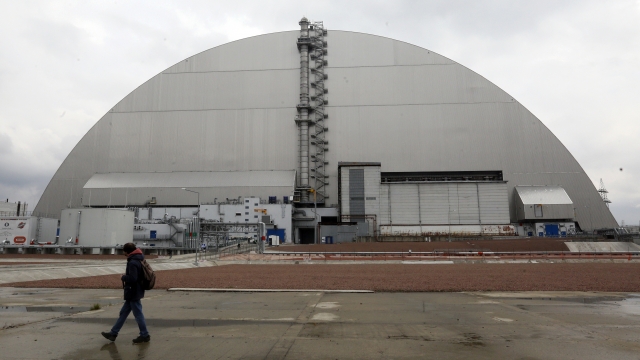 The International Atomic Energy Agency said it could not independently confirm the exposure claim. Energoatom gave no details on the condition of the soldiers it said were exposed to radiation, and it did not say how many were affected. There was no immediate comment from the Kremlin. 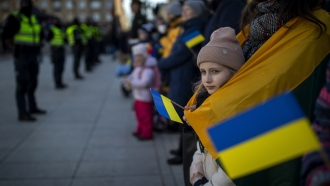 The agency, which is the U.N.'s nuclear watchdog, said it had been informed by Ukraine that Russian forces at Chernobyl had transferred control of the site of the world’s worst nuclear disaster to the Ukrainians in writing.

IAEA Director-General Rafael Grossi wrote on Twitter that he would visit the decommissioned plant as soon as possible and his agency's "assistance and support" mission to Chernobyl "will be the first in a series of such nuclear safety and security missions to Ukraine."

I will head an @IAEAorg assistance and support mission to the #Chornobyl Nuclear Power Plant as soon as possible. It will be the first in a series of such nuclear safety and security missions to #Ukraine.

Grossi was in the Russian enclave of Kaliningrad Friday for talks with senior officials about nuclear issues in Ukraine. Nine of Ukraine’s 15 operational reactors are currently in use, including two at the Russian-controlled Zaporizhzhya facility, the agency said.

Russian forces seized the Chernobyl site soon after invading Ukraine on Feb. 24, raising fears they would cause damage or disruption that could spread radiation. The workforce there oversees the safe storage of spent fuel rods and the concrete-entombed ruins of the reactor that exploded in 1986.

Five weeks and one day into a conflict that has left thousands dead and driven more than 4 million refugees from Ukraine, there seemed little faith that the two sides would find agreement on their respective demands any time soon.