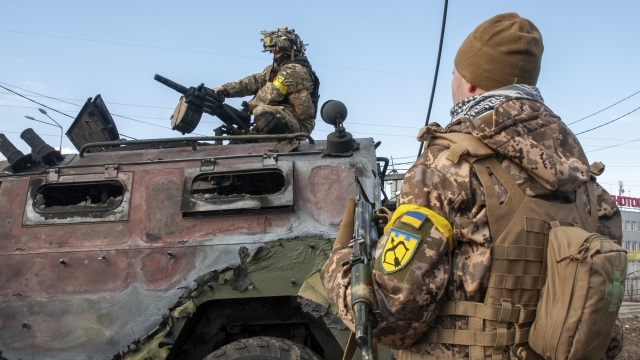 Ukraine's Interior Ministry says at least 352 Ukrainian civilians have been killed during Russia's invasion, including 14 children. It says an additional 1,684 people, including 116 children, have been wounded.

The ministry's statement Sunday does not give any information on casualties among Ukraine's armed forces.

Russia has claimed that its troops are targeting only Ukrainian military facilities and says that Ukraine's civilian population is not in danger.

Russia has not released any information on casualties among its troops. The Russian Defense Ministry acknowledged on Sunday only that Russian soldiers have been killed and wounded, without giving any numbers.