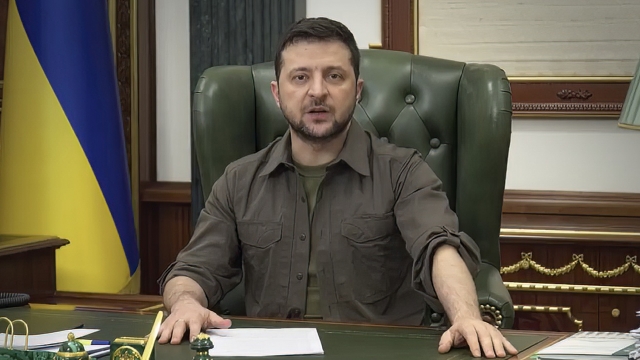 Ukrainian President Volodymyr Zelenskyy has accused Germany of putting its economy before his country's security in the run-up to the Russian invasion.

In an address to Germany's parliament Thursday, Zelenskyy criticized the German government's prior support for the Nord Stream 2 pipeline project meant to bring natural gas from Russia. 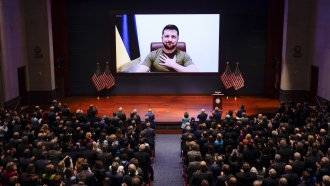 "When we told you that Nord Stream was a weapon and a preparation for a great war, we heard in response that it was an economy after all. Economy. Economy," Zelenskyy said. "But it was cement for a new wall. When we asked you what Ukraine needs to do to become a member of NATO, to be safe, to receive security guarantees, we heard the answer: Such a decision is not on the table yet and will not be in the near future. Just as the chair for us at this table."

The president said Moscow had "used" Europe to finance the invasion and the sanctions since imposed were not enough to stop it.

Ukraine and others had opposed Nord Stream 2, which Berlin has currently halted, warning that it endangered Ukrainian and European security.

Zelenskyy also noted Germany's hesitancy when it came to imposing some of the toughest sanctions on Russia for fear it could hurt the German economy.

The Ukrainian president called on Germany not to let a new wall divide Europe, urging support for his country's membership of NATO and the European Union.