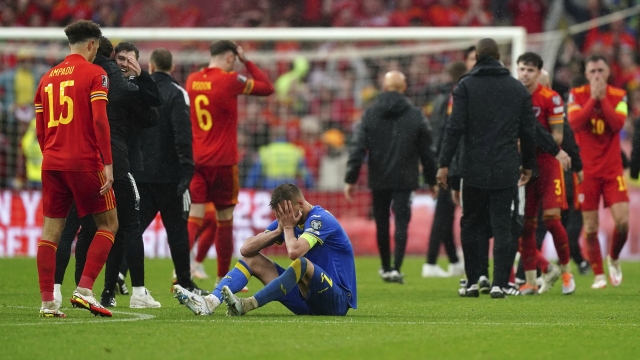 Ukraine's players wept in the rain while applauding their dejected supporters after missing out on qualifying for the World Cup by losing 1-0 to Wales in Europe's last playoff for the FIFA soccer showpiece on Sunday.

The agonizing moment in a tight game came in the 34th minute when Andriy Yarmolenko inadvertently headed the ball into his own net while trying to clear Wales captain Gareth Bale’s free kick.

While Wales heads to a first World Cup in 64 years — opening against the United States in November — this was a game too far for Ukraine’s emotionally charged mission to qualify for Qatar while remaining under invasion by Russia. 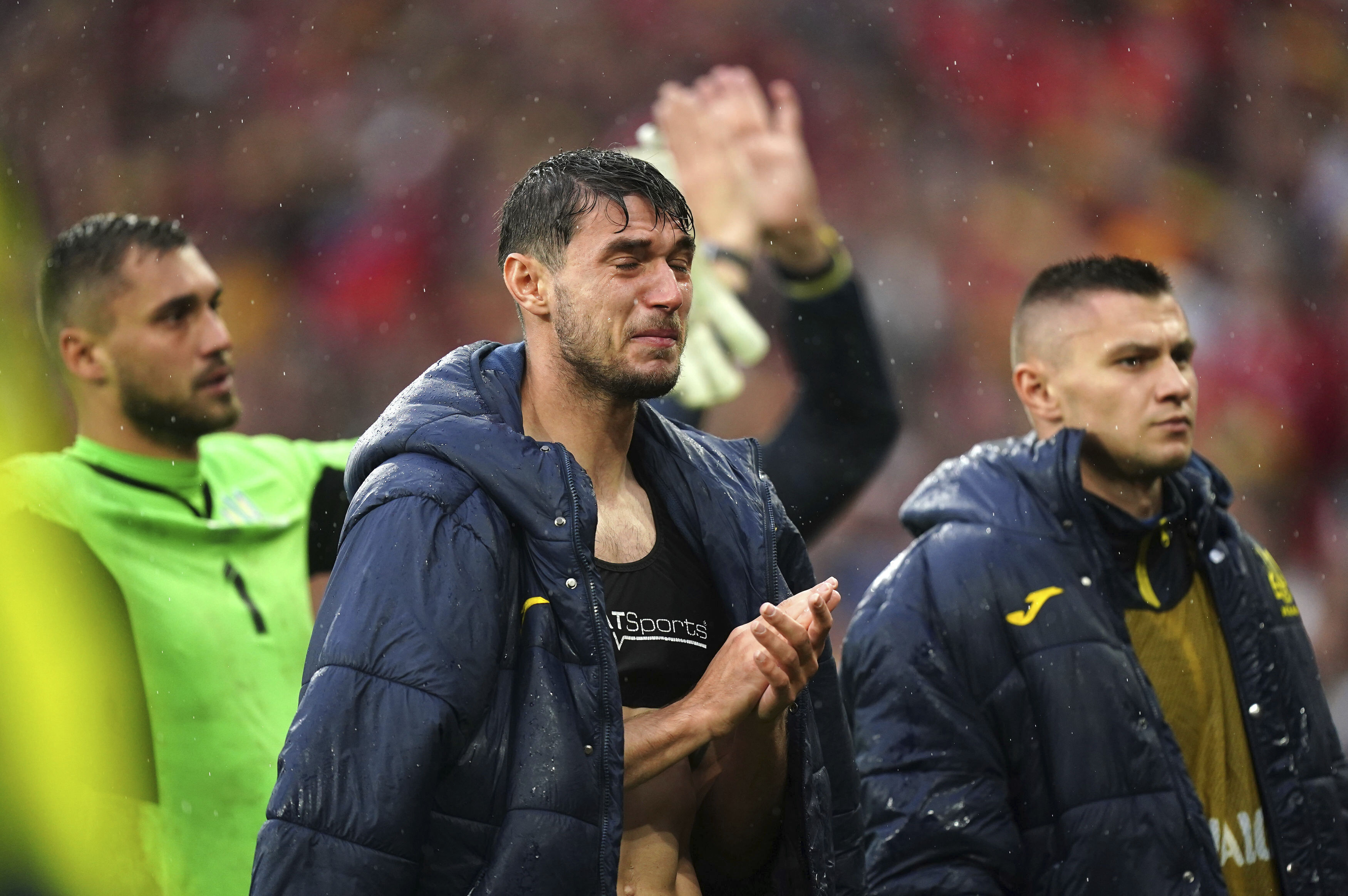 “We did everything that we could," coach Oleksandr Petrakov said through a translator," but I really want the people of Ukraine to remember our team’s efforts."

Petrakov's priority, once the World Cup dream had been extinguished, was ensuring the suffering at home is not forgotten by the world.

“We have war raging all over the country,” Petrakov said. “We have children and women dying on a daily basis. Our infrastructure is being ruined by Russian barbarians. The Russians want to hurt us, but the Ukrainians are resisting and defending their land. We just want your support. We just want you to understand what is happening back home.”

Back home, on the 102nd day of the war, Ukrainians took respite from the pain and suffering by watching the game from Cardiff in bars, including in Kyiv.

The war and missile strikes earlier Sunday in Ukraine's capital put an obvious dampener on any party mood for the match.

Still, architect Dmytro Leshehenko dug out his bright yellow national team jersey — bought in happier times when Ukraine co-hosted the 2012 European Championships — and trekked with his flip-flop-wearing brother past two of Kyiv’s gold-domed cathedrals to a bar where they watched the match with friends, washed down with two huge 3-liter jugs of beer, fried bread, smoked meats and other nibbles. 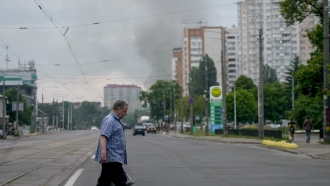 “People in the battlefields watched this on their phones," Leshehenko said, recounting conversations with friends serving in the armed forces.

When the giant screens in the bar lost the signal in the second half, patrons gathered around mobile phones to follow the action. Some joked that Russian hackers must have knocked out the transmission.

The sadness of losing was tempered by the fact that, in the big scheme of things, the war is far more important. The match was just a moment of respite.

“We have more problems than this,” Leshehenko said. “This is a day where we can feel that there is no war. It’s a holiday for us."

Ultimately it was Wales goalkeeper Wayne Hennessey who proved an impenetrable barrier. No other team had as many as Ukraine's nine shots on target in European qualifying without managing to score.

Hennessey's right leg kept out Viktor Tsyhankov’s poked shot 10 minutes into the second half as Ukraine searched in vain for an equalizer. Artem Dovbyk’s header in the 84th minute looked destined for the corner of the net until it was pushed away by Hennessey’s left hand.

“He made some incredible saves,” Ukraine midfielder Oleksandr Zinchenko said. “We didn’t deserve to lose today, it was so tight. We need to carry on, work a lot.”