Ukraine's Prime Minister To Resign After 2 Years In Office 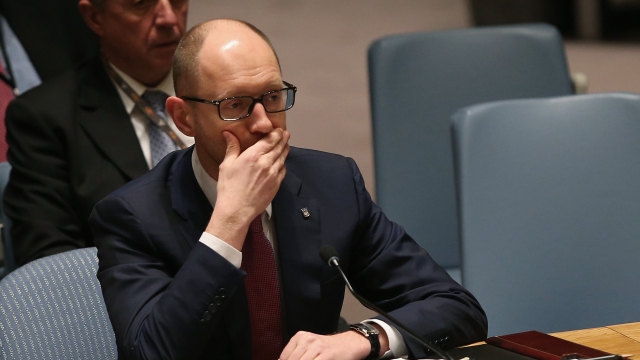 After Ukraine's president called for Prime Minister Arseniy Yatsenyuk's resignation in February, Yatsenyuk has finally announced he will resign.

After two years in office, Ukraine's prime minister announced he will submit his resignation Tuesday.

Arseniy Yatsenyuk tweeted, "The political crisis is artificial" and compared his desire to change the government to "running in place."

But Ukraine's conflict with Russia initially worsened once Yanukovych left. Yatsenyuk's government was pro-European Union and NATO, something Russia is vocally against.

Yatsenyuk said his goals for Ukraine's membership in the EU and NATO are still high, along with "new electoral law, constitutional reform [and] judicial reform" in the country. It's unclear if he'll still be involved in government.