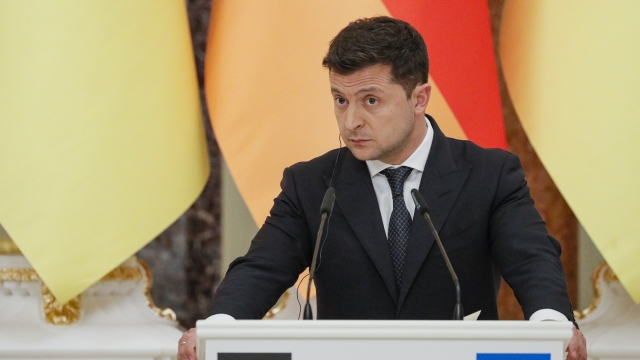 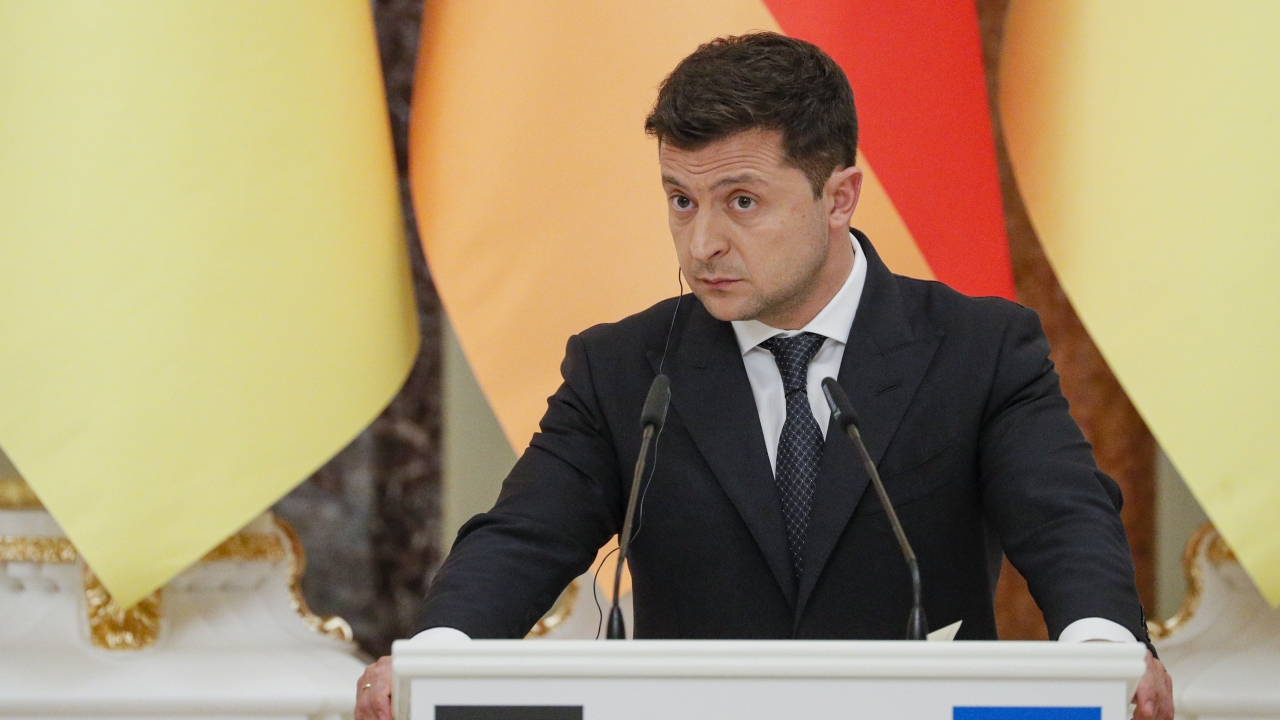 Ukraine's leader is traveling to the United States this week in hopes of bolstering security ties with Washington and persuading the administration to ramp up sanctions against a new Russian natural gas pipeline that bypasses his country.

President Volodymyr Zelenskyy has called Washington's failure to block the construction of the Nord Stream 2 pipeline to Germany a grave political error, and he is expected to again raise the issue during his talks Wednesday with U.S. President Joe Biden.

Zelenskyy has described the new pipeline as a powerful geopolitical weapon for Russia, which annexed Ukraine's Crimean Peninsula in 2014 after the ouster of the former Kremlin-friendly president and has thrown its weight behind a separatist insurgency in eastern Ukraine.

Washington has strongly opposed the construction of Nord Stream 2, but the Biden administration has opted not to punish the German company overseeing the project while announcing new sanctions against Russian companies and ships.

Zelenskyy has warned that Nord Stream 2 would mark a major victory for Moscow and a “personal loss” for President Biden. The undiplomatic comments reflect Ukrainian fears that the new pipeline will deprive it of $3 billion in annual transit fees for pumping Russian gas to Europe, erode its strategic importance and make it more vulnerable to Kremlin pressure.

Yuriy Vitrenko, the head of Ukraine's state-controlled Naftogaz oil and gas company, told The Associated Press that Ukraine would urge the U.S. to slap Nord Stream 2 with tougher sanctions.

“We’ll be very, very loud, because it’s a matter of national security for Ukraine, for the region, and we believe for the U.S. as well," Vitrenko said.

Ukraine has urged the U.S. and Germany to help pressure Moscow to prolong the current contract for transit of Russian gas via Ukraine that expires in 2024. Russian President Vladimir Putin has held the door open for an extension, but noted that it would hinge on the European demand for Russian gas.

Ukrainian officials have argued that a U.S.-German agreement that offers some compensation for Ukraine isn’t enough.

The Biden-Zelenskyy meeting, initially set for Tuesday, was pushed back a day due to developments in Afghanistan.

Ukrainian Foreign Minister Dmytro Kuleba voiced hope that the talks will help “bring the strategic partnership between Ukraine and the United States to the next level.” He told The Associated Press that Ukraine's push for a stronger U.S. security assistance "will be absolutely crucial and absolutely central to all discussions.”

A 2015 peace deal brokered by France and Germany helped end large-scale battles in eastern Ukraine, but regular skirmishes have continued and political settlement efforts have stalled. More than 14,000 people have been killed in the fighting since 2014.

Earlier this year, increasing cease-fire violations in eastern Ukraine and a major Russian troop buildup near the border fueled fears by Kyiv and Western powers of renewed hostilities. Next month's massive Russia-Belarus war games in western Russia, which are to involve 200,000 troops, will likely trigger new concerns.

Amid the tug-of-war with Moscow, Ukraine has pushed strongly to be allowed to join NATO.

“Ukraine has a very clear strategic goal of becoming a member of NATO,” Kuleba told the AP.

Observers are skeptical, however, about Ukraine's ability to secure a road map for NATO membership amid the spiraling conflict in the east and its continuing tensions with Russia.

“The U.S. understands that its European partners are against granting Ukraine a membership action plan because they fear a conflict with Russia,” said Volodymyr Fesenko, head of the Penta Center think tank. “The U.S. wants to strengthen its partnership with Europe, and Germany in particular, so it has to take the position of its European partners into account.”

The U.S. and its Western allies have warned Ukraine that the pace of its integration into the Euro-Atlantic structures will hinge on its efforts to combat endemic corruption and conduct reforms. When Biden visited Ukraine as vice president in 2015, he urged Ukrainian authorities to step up the fight against graft.

“The demand to fight corruption has become a familiar issue in Ukraine-U.S. talks during the past decades,” said Vadim Karasev, an independent Kyiv-based political analyst. “Many in Kyiv accuse the U.S. of turning the fight against corruption into a screen to hide its reluctance to intensify relations with Ukraine.”

Before Biden's election, Zelenskyy became an involuntary actor on the U.S. political scene amid the inquiry against U.S. President Donald Trump that led to his impeachment in 2019. The motion was triggered by a phone call in which Trump pushed Zelenskyy to investigate Biden and his son, Hunter, who at the time was on the board of a Ukrainian energy company.

Karasev noted that after Zelenskyy and two of his predecessors all figured in U.S. political scandals, “the toxic nature of the Ukrainian issue makes any U.S. leader act with extreme caution.”

“There will be no sensations or breakthroughs, but putting our military-technical cooperation with the U.S. on a systemic legal basis would undoubtedly be a significant result,” Fesenko said. “The U.S. is a major geopolitical partner and ally for Ukraine and a very important factor in confronting Russia.”