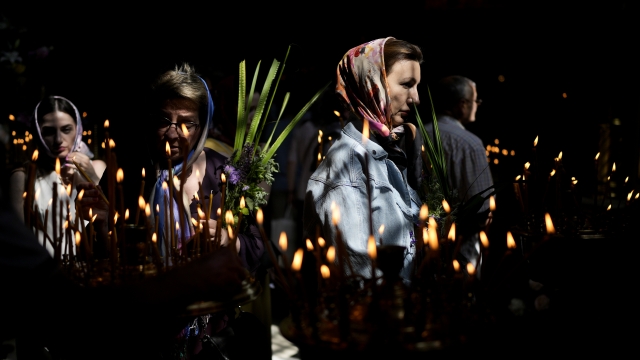 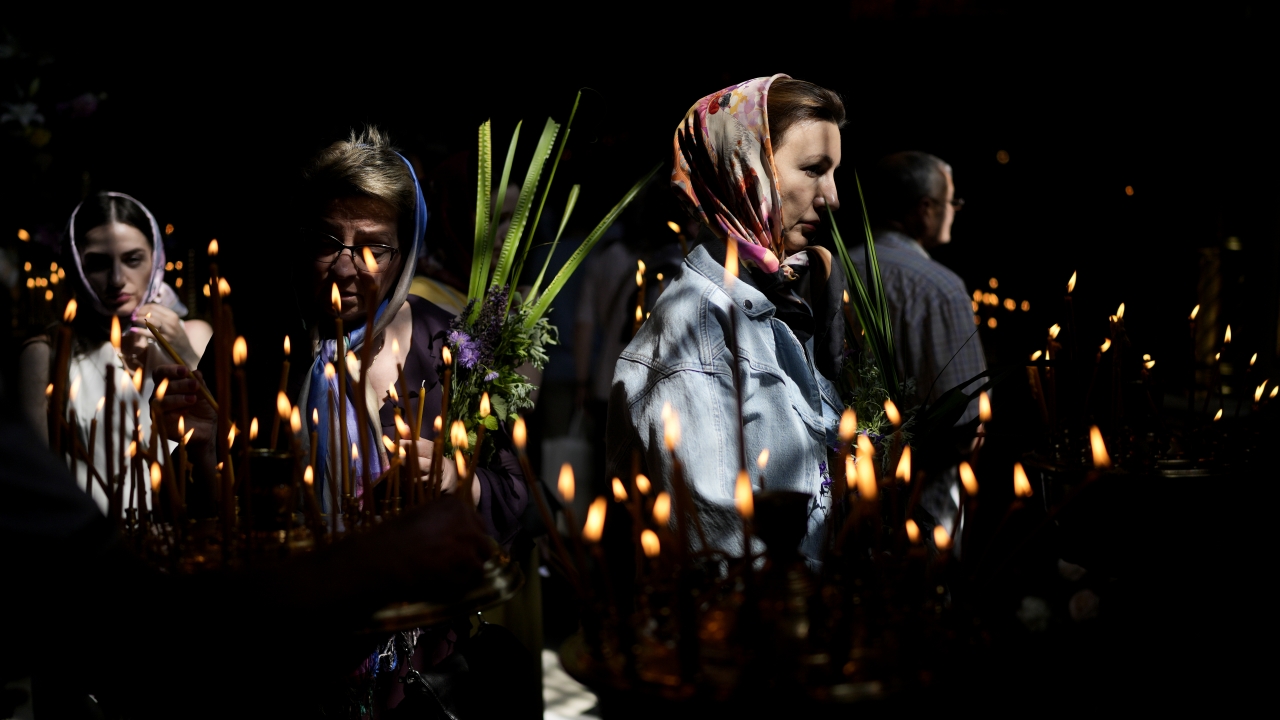 Ukrainian President Volodymyr Zelenskyy said no one knows how long the war in his country will last but that Ukrainian forces are defying expectations by preventing Russian troops from overrunning eastern Ukraine, where the fighting has been fiercest for weeks.

In his nightly video address, Zelenskyy said he was proud of the Ukrainian defenders managing to hold back the Russian advance in the Donbas region, which borders Russia and where Moscow-backed separatists have controlled much of the territory for eight years.

"Remember how in Russia, in the beginning of May, they hoped to seize all of the Donbas?" the president said late Saturday. "It's already the 108th day of the war, already June. Donbas is holding on."

After failing to capture Kyiv, Ukraine's capital, early in the war, Moscow focused on seizing the parts of the largely Russian-speaking Donbas still in Ukrainian hands, as well as the country's southern coast. But instead of securing a swift, decisive takeover, Russian forces were drawn into a long, laborious battle, thanks in part to the Ukrainian military's use of Western-supplied weapons.

Both Ukrainian and Russian authorities said Sievierodonetsk, an eastern city with a prewar population of 100,000, remained contested. The city and neighboring Lysychansk are the last major areas of the Donbas' Luhansk province not under the control of the pro-Russia rebels.

Leonid Pasechnik, the head of the separatist-declared Luhansk People's Republic, said Ukrainian fighters remained in an industrial area of the city, including a chemical plant where civilians had taken shelter from days of Russian shelling.

"Sievierodonetsk is not completely 100% liberated," Pasechnik said Saturday, alleging that the Ukrainians were shelling the city from the Azot plant. "So it's impossible to call the situation calm in Sievierodonetsk, that it is completely ours."

Luhansk Gov. Serhii Haidai reported Saturday that a big fire broke out at the plant during hours of Russian shelling. To the north of the city, Russian shelling of settlements in the Kharkiv region killed three people, Gov. Oleh Syniehubov said Sunday.

Elsewhere in Ukraine, a counteroffensive pushed Russians out of parts of the southern Kherson region they took early in the war, according to Zelenskyy. Moscow has installed local authorities in Kherson and other occupied coastal areas, offering residents Russian passports, airing Russian news broadcasts and taking steps to introduce a Russian school curriculum.

Zelenskyy said that while an end to the war was not in sight, Ukraine should do everything it can so the Russians "regret everything that they have done and that they answer for every killing and every strike on our beautiful state."

The Ukrainian leader asserted that Russia has suffered about three times as many military casualties as the number estimated for the Ukrainian side, adding: "For what? What did it get you, Russia?" There are no reliable independent estimates of the war's death toll so far.

Speaking at a defense conference in Singapore on Sunday, Chinese Defense Minister Gen. Wei Fenghe said Beijing continues to support peace talks between Russia and Ukraine, and hopes the U.S. and its NATO allies have discussions with Russia "to create the conditions for an early ceasefire."

"China will continue to play a constructive role and contribute our share to easing tensions and realizing a political resolution of the crisis," Wei said.

He suggested that nations supplying weapons to Ukraine were hindering peace by "adding fuel to the fire" and stressed that China had not provided any material support to Russia during the war.

"The growth of China-Russia relations is a partnership, not an alliance," Wei said.

Pope Francis urged the faithful in St. Peter's Square to keep praying and fighting for peace in Ukraine as the war reached its 109th day.

"The passing of time does not cool our pain and our concern for that battered population," Francis said Sunday. "Please, let's not get used to this tragic reality. Keep it close to the heart."

The Institute for the Study of War, a think tank based in Washington, said in its latest assessment that Ukrainian intelligence suggested the Russian military was planning "to fight a longer war."

The institute cited the deputy head of Ukraine's national security agency as saying that Moscow had extended its war timeline until October, with adjustments to be made depending on any successes in the Donbas.

The intelligence "likely indicates the Kremlin has, at a minimum, acknowledged it cannot achieve its objectives in Ukraine quickly and is further adjusting its military objectives in an attempt to correct the initial deficiencies in the invasion of Ukraine," the think tank said.

The Russians established contact with the Ukrainian troops to arrange the evacuation of the civilians, but the the troops will be allowed to leave only if they lay down their arms and surrender, Miroshnik said.

Similar conditions existed for weeks at a steel mill in the southern Ukrainian city of Mariupol before a civilian evacuation was arranged and the defending troops were ordered by Ukrainian military commanders to stand down. The fighters who came out of the Mariupol plant were taken prisoner by the Russians.

Pasechnik, the separatist leader of the unrecognized Luhansk republic, said the Ukrainians making a stand in Sievierodonetsk should save themselves the trouble.