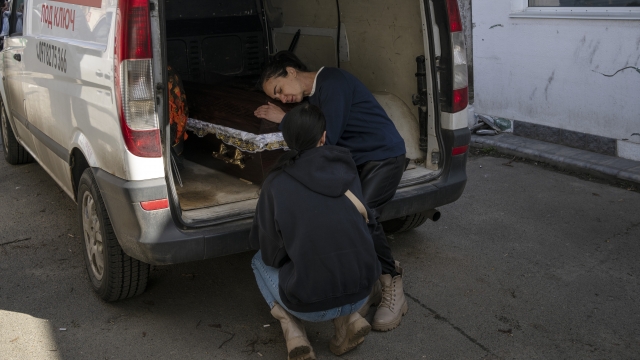 More than 900 civilian bodies have been discovered in the region surrounding the Ukrainian capital following the withdrawal of Russian forces — most of them fatally shot, police said Friday, an indication that many people were "simply executed.”

Andriy Nebytov, the head of Kyiv’s regional police force, said the bodies were abandoned in the streets or given temporary burials. He cited police data indicating that 95% died from gunshot wounds.

“Consequently, we understand that under the (Russian) occupation, people were simply executed in the streets,” Nebytov said.

More bodies are being found every day, under rubble and in mass graves, he added. The largest number of victims were found in Bucha, where there were more than 350, he said. 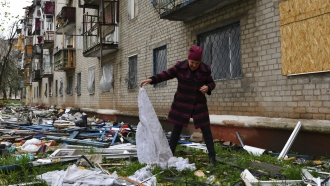 Russia Says It Will Increase Attacks On Kyiv

According to Nebytov, utilities workers in Bucha gathered and buried bodies in the Kyiv suburb while it remained under Russian control. Russian troops, he added, were “tracking down” people who expressed strong pro-Ukrainian views.

Meanwhile, Russia’s Defense Ministry promised to ramp up missile attacks on the Ukrainian capital in response to Ukraine’s alleged aggression on Russian territory, an ominous warning that followed Moscow's stinging loss of its flagship in the Black Sea.

The threat of intensified attacks on Kyiv came after Russian authorities accused Ukraine of wounding seven people and damaging about 100 residential buildings with airstrikes in Bryansk, a region bordering Ukraine. Authorities in another border region of Russia also reported Ukrainian shelling Thursday.

Russia issued the warning while it continues to prepare for a renewed offensive in eastern Ukraine.

The Mariupol City Council said Friday that locals reported seeing Russian troops digging up bodies that were buried in residential courtyards and not allowing new burials “of people killed by them.”

"Why the exhumation is being carried out and where the bodies will be taken is unknown,” the council said on the Telegram messaging app.