Steven Seagal Is No Longer Welcome In Ukraine 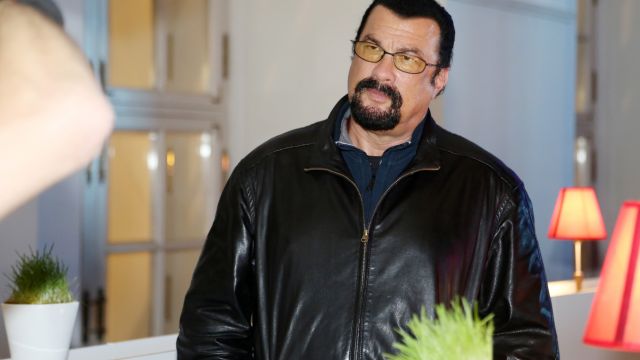 Steven Seagal is not "Above the Law" after all. Ukraine apparently considers the actor "A Dangerous Man," and the country has made an "Executive Decision" to ban him. Now Kiev wants him "Out of Reach," leaving Seagal ..."On Deadly Ground."

And it's the latest salvo in a cultural proxy war between Ukraine and Russia. Ukraine also recently blocked Russian singer Yuliya Samoylova from performing in the upcoming Eurovision contest being held in Kiev. She's planning to hold a concert in Crimea instead.