Can UKIP's New Leader Keep It Relevant After Brexit? 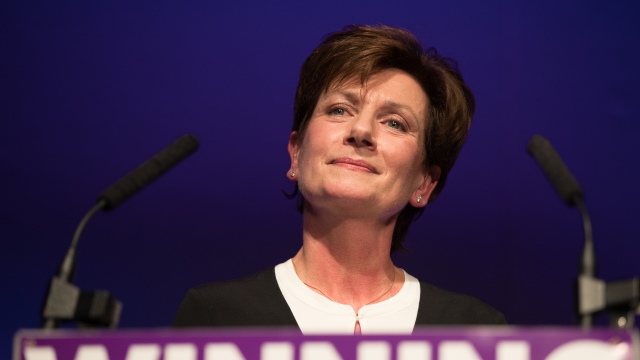 SMS
Can UKIP's New Leader Keep It Relevant After Brexit?
By Matt Picht
By Matt Picht
September 16, 2016
The party got everything it wanted in the EU referendum — so what's left for it to do now?
SHOW TRANSCRIPT

The U.K. Independence Party, the party of Brexit, has a new leader and a new slogan.

Diane James told a crowd of supporters, "If you're watching TV this afternoon, you'll be watching the opposition party in waiting."

James used to be UKIP's deputy chairperson, and she's a member of the European Parliament. Now, she's been elected to replace UKIP's outgoing leader and driving personality, Nigel Farage.

Now that the party's achieved its chief goal of persuading the U.K. to leave the EU, James will have to make sure UKIP can remain relevant in national politics. There's currently only one UKIP member in the U.K. Parliament.

But with the formal opposition party roiled by internal conflict, UKIP could have an opportunity to make some gains this election.