UK Official Warns Russia About Continued Use Of Chemical Weapons 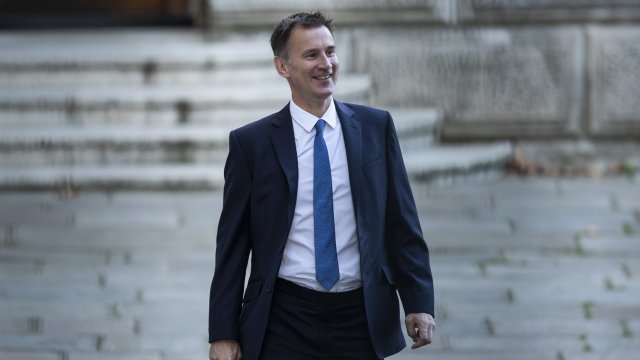 SMS
UK Official Warns Russia About Continued Use Of Chemical Weapons
By Katherine Biek
By Katherine Biek
September 28, 2018
British Foreign Secretary Jeremy Hunt said he and his Russian counterpart had a "frank exchange of views" at the U.N. this week.
SHOW TRANSCRIPT

A U.K. official says he's warned his Russian counterpart about the high price that'll be paid if Moscow continues to attack people with chemical weapons.

Hunt's warning follows reports of chemical weapons attacks by Russia's Syrian allies, as well as a chemical weapon attack on a former Russian spy in the U.K. earlier this year.

Sergei Skripal and his daughter Yulia were rushed to a U.K. hospital in critical condition back in March after coming into contact with the nerve agent novichok. British prosecutors charged two Russian nationals in connection with the attack, but since they're both now in Russia, they haven't been arrested.

During her speech at the General Assembly Wednesday, U.K. Prime Minister Theresa May criticized Russia for its QUOTE "desperate fabrication" of what happened in Salisbury. Russia's long maintained that it wasn't responsible.