UK Wants To Double The Charge For Disposable Plastic Bags 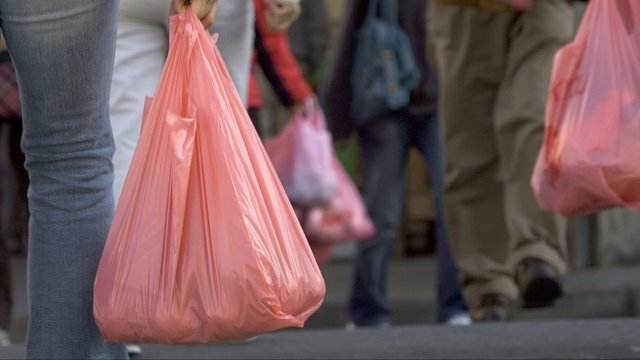 The U.K. is strengthening its push to reduce plastic waste.

The country announced Wednesday it wants to double the amount customers are charged for disposable plastic bags.

Since 2015, customers shopping at big businesses have been charged 5 pence per plastic bag if they opted to use one. Under the new plan, customers would be charged 10 pence, or about 13 cents, per bag. The plan would also extend the bag charge to all retailers.

U.K. Environment Secretary Michael Gove said the charge has been a big success so far, adding it has taken "over 15 billion plastic bags out of circulation." The fee also goes toward local, national and environmental charities. In 2017, the fee contributed over $64 million in donations.

The U.K. said it's asking consumers what they think of the idea first and has opened a consultation for feedback.

The plan is part of the U.K.'s 25 Year Environment Plan. It covers improvement goals for air, water and wildlife — including goals to eliminate avoidable plastic waste by the end of 2042 and reduce marine plastic pollution.