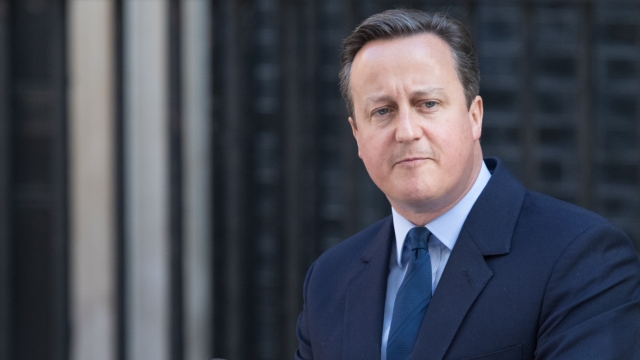 SMS
UK Vote To Leave The EU Pushes Prime Minister David Cameron To Resign
By Briana Koeneman
By Briana Koeneman
June 24, 2016
The referendum results were bad news for Cameron, who campaigned vigorously for the U.K. to remain in the European Union.
SHOW TRANSCRIPT

British Prime Minister David Cameron has announced he will step down as prime minister later this year.

"I will do everything I can as prime minister to steady the ship over the coming weeks and months. But I do not think it would be right for me to try to be the captain that steers our country to its next destination," Cameron told reporters outside Downing Street.

Cameron made the announcement shortly after the U.K. voted to leave the European Union.

The results almost immediately spelled bad news for the prime minister, who campaigned vigorously to remain. Losing his country's spot in the EU quickly sparked calls for his resignation.

Cameron said he will continue to serve as prime minister for the next three months but will resign in time for the Conservative Party's conference in October.

This video includes a clip from Sky News and images from Getty Images.