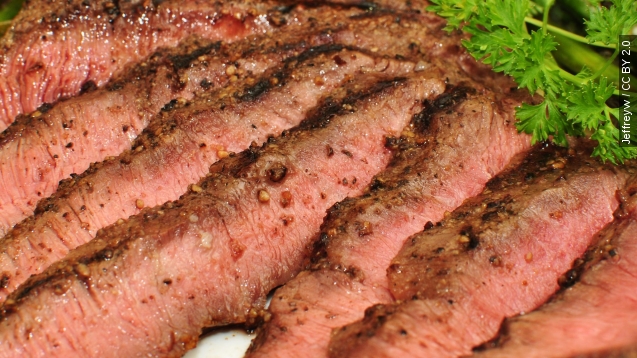 SMS
UK Vegetarians Admit To Eating Meat While Drunk
By Katie Link
By Katie Link
October 8, 2015
A new study reveals more than a third of vegetarians admit to eating meat when they're drunk. Oops.
SHOW TRANSCRIPT

Drunken words are sober thoughts, right? So does the same apply for food preferences?

Seems like it might. A new study by VoucherCodesPro reveals a whole bunch of vegetarians admitted to eating meat while they were drunk.

Nearly 1,800 British vegetarians were surveyed. Turns out one-third of them admit to eating meat while under the influence. Oops.

Blame the booze or blame the kebab. Around 40 percent of vegetarians fessed up that they ate kebab meat while under the influence. Other popular choices include: beef burgers, bacon and fried chicken.

According to The Telegraph, the founder of the survey website said, "I think it's important for friends of these 'vegetarians' to support them when drunk and urge them not to eat meat as I'm sure they regret it the next day."

Yeah, regret is probably a good word for it. Nearly 70 percent of vegetarians say they don't tell anyone after they've eaten meat.