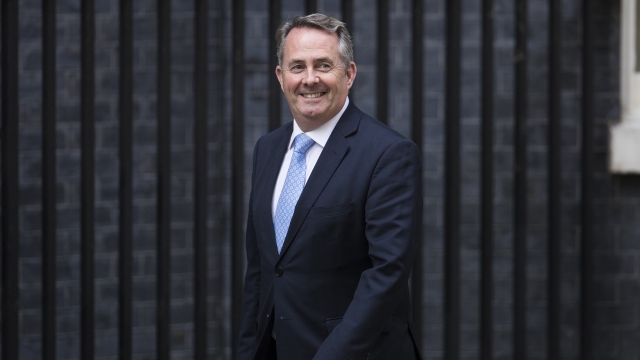 Fox told a gathering of conservative activists, "We have become too lazy and too fat on our successes in previous generations. ... People have got to stop thinking about exporting as an opportunity and start thinking about it as a duty."

Fox's comments, recorded during a private event and published in The Times, bemoaned the lack of U.K. businesses willing to export to the new markets opened up by trade deals. Fox said only 11 percent of U.K. businesses were exporters and claimed more businesses had an obligation to contribute to the country's economy.

It's true that the U.K. is losing money overseas. It currently imports almost $6 billion more than it earns back in exports.

But just because the U.K. is buying more than it's selling doesn't mean the country's businesses are neglecting their exports. A former Bank of England economist pointed out that the country's exports per capita rank above those of most other G7 countries, including the U.S.

And blaming lazy businesses is unlikely to spur more trade. The U.K. government has officially distanced itself from Fox's comments, calling them a private opinion. Several members of parliament on both sides of the aisle have also condemned his words.