The UK Has A Plan To Improve Air Quality 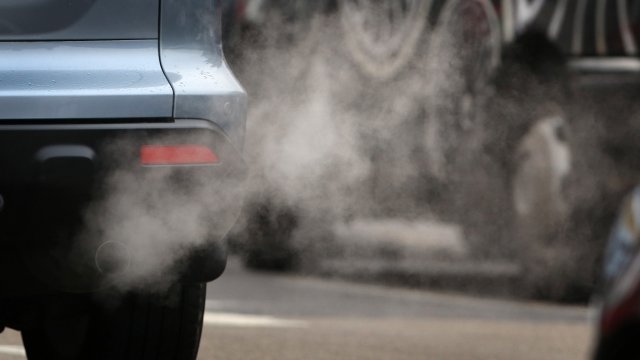 SMS
The UK Has A Plan To Improve Air Quality
By Katherine Biek
By Katherine Biek
July 26, 2017
British media outlets report the U.K. government plans to ban the sale of new diesel and gas vehicles by the year 2040.
SHOW TRANSCRIPT

The U.K. has an air quality problem. So in an effort to help clean it up, the British government plans to ban the sale of new diesel and gas-burning vehicles by the year 2040.

The BBC reports the ban is part of an almost $4 billion clean air package the government will soon announce.

"Our plan to deal with dirty diesels will help councils clean up emissions hot spots — often a single road — through common sense measures which do not unfairly penalize ordinary working people," a government spokesman told the BBC.

The U.K.'s highest court ruled in November that the country wasn't doing enough to clean up air pollution. So the government was forced to quickly come up with a new proposal to cut nitrogen dioxide levels.

The Telegraph reports there are currently more than 10 million diesel vehicles on U.K. roads releasing that pollutant.

In an effort to help meet its commitments under the 2015 Paris climate agreement, France announced a similar ban on diesel-powered vehicle sales earlier this month. 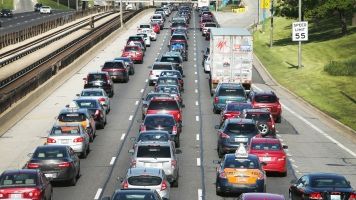 And other countries, including Germany, Norway and India, are taking steps toward phasing out gas and diesel, too.

Automakers are also making the shift toward electric vehicles.

Beginning in 2019, every new vehicle Volvo creates will be either fully electric or an electric hybrid.

And BMW now says all of its models can be electrified so customers can choose if they want a combustion engine or an electric one.