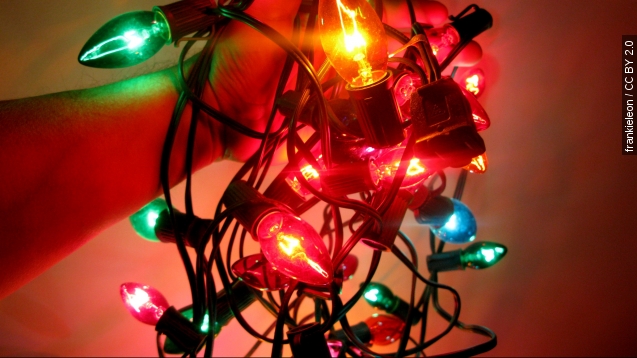 A U.K. supermarket is hiring someone to untangle Christmas lights full time.

As in, you can walk in with your tangled up mess of lights, and this person will detangle them for you. Tesco says it's a four-week gig in Wrexham, a town in the northern area of Wales. (Video via Tesco)

So if detangling lights for a month sounds like your worst nightmare, it's probably not the best professional fit.

A spokesperson for the store told the Leader applicants should be "genuinely passionate about Christmas," as well as incredibly patient – which probably goes without saying. Applicants should be able to detangle 3 meters of lights in under 3 minutes. And whoever gets the job could be detangling 60 sets of lights a day.

Stateside, Home Depot has a promo where they'll take your lights and give you store credit toward more energy-efficient LED string lights. And Sears and K-Mart have had similar programs. You're still on your own for detangling, though. (Video via The Home Depot)