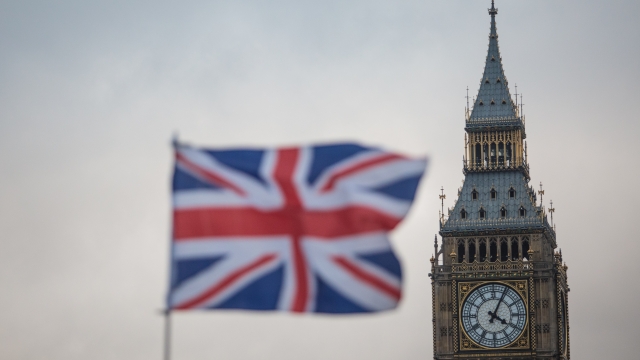 The U.K. has secured a post-Brexit trade deal that'll allow it to continue to bid on government contracts.

A group of 46 World Trade Organization countries have agreed to let Britain stay in what's known as the Government Procurement Agreement after it leaves the European Union.

U.K. International Trade Secretary Liam Fox said the WTO approval is a big step toward the U.K. positioning itself as an independent member of the group.

Britain's still facing unresolved issues related to its planned exit from the EU on March 29. Lawmakers can't agree on specific terms for leaving, and an original plan from U.K. Prime Minister Theresa May was overwhelmingly rejected last month.

May vowed Wednesday that Britain will leave the EU on schedule. Lawmakers then voted in favor of a symbolic motion to hold her to that promise.

The lack of a deal has also added to weakening global growth expectations. The International Monetary Fund warned last month that the world economy was slowing faster than expected, pointing to a potential "no-deal" Brexit as one of the factors.