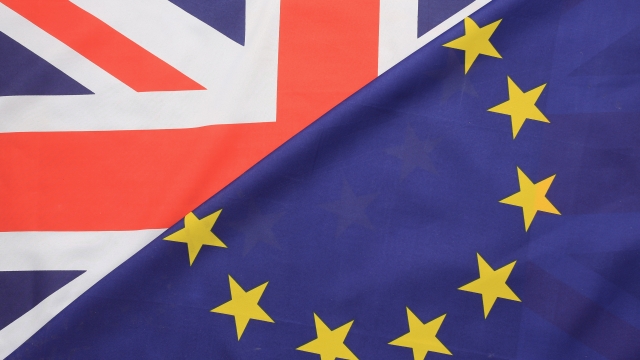 SMS
UK Says Key Trade Deals Won't Be Ready By Brexit Day
By Ahmed Jawadi
By Ahmed Jawadi
February 21, 2019
​If the U.K. can't come up with a deal by Brexit, British businesses will face steep tariffs and other barriers to global trade.
SHOW TRANSCRIPT

The British government says some of its trade deals with major countries won't be ready by the time it's set to leave the European Union.

The U.K.'s Department for International Trade released an update Thursday on the transition status of its trade agreements for when Brexit takes place. The U.K. has about 40 free-trade agreements with 70 countries, and it wants to keep working under those deals after it leaves the EU.

And although the government says it's trying to "conclude trade continuity agreements with these countries by exit day or as soon as possible thereafter," it's only finalized agreements with seven countries so far.

The U.K.'s business secretary said Tuesday the country's trade agreements with Japan and South Korea "[aren't] expected to be concluded in time." Those two countries buy about $24 billion worth of British exports and send around $22 billion worth of imports every year, according to official figures obtained by Bloomberg.

The Trade Department said the "best way to avoid any disruption ... is to leave the EU with a deal." In that scenario, "U.K. businesses can continue to trade with the whole world on the same terms as they do today for the implementation period."

But if the U.K. can't come up with a deal by Brexit, British businesses will face steep tariffs and other barriers to global trade, according to the Confederation of British Industry.

British Prime Minister Theresa May met with EU Commission President Jean-Claude Juncker on Wednesday to try to revise the U.K.'s withdrawal agreement after Parliament rejected her Brexit plan last month. Although both leaders said their meeting was "constructive," Juncker said Thursday he was "not very optimistic" that the U.K. will come to an agreement by the time it's scheduled to leave on March 29.