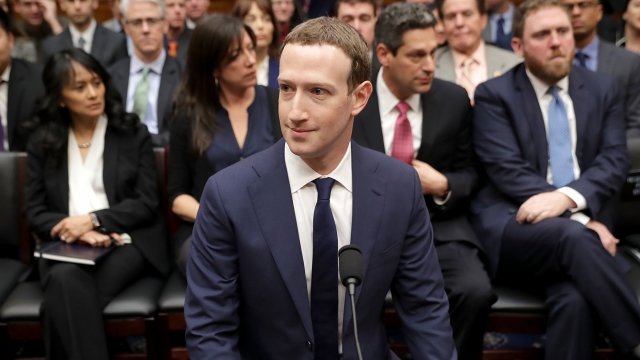 The United Kingdom's government gave Facebook CEO Mark Zuckerberg an ultimatum: Either testify voluntarily before Parliament about the Cambridge Analytica data breach and the company's privacy practices, or it will serve him an official summons the next time he's in the country.

In a letter, the chairman of the U.K. committee investigating these issues, Damian Collins, said the last person Facebook sent to testify, its chief technology officer, didn't adequately answer its questions.

U.K. lawmakers want to ask Zuckerberg at least 39 specific questions. Those include how much of the company's revenue comes from Myanmar and if there was any link between the U.S. elections and the 2017 purge of fake accounts.

Collins asks Zuckerberg to confirm he'll appear before the committee by May 11 and then do so by May 24.