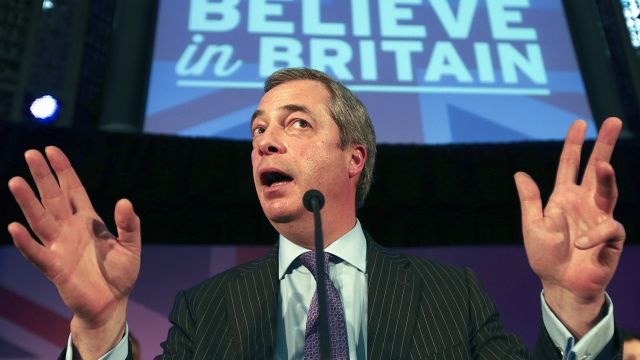 SMS
The FBI's Russia Probe Is Reaching Across The Pond
By Matt Picht
By Matt Picht
June 1, 2017
U.K. politician Nigel Farage is reportedly a "person of interest" in the FBI's probe of Russian meddling in the 2016 election.
SHOW TRANSCRIPT

Farage isn't accused or suspected of any wrongdoing. But investigators apparently think his contacts with other parts of the Russia probe could warrant further scrutiny in the investigation.

The Russian investigation is looking at three things: Russia's alleged hacking of Democratic emails, the publication of those emails on WikiLeaks and the Trump campaign's political benefit from the fallout. 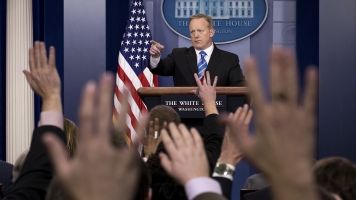 An unnamed source told The Guardian that Farage has ties to all three of those elements — he's been featured on Russian state-sponsored TV, he's visited the Ecuadorian Embassy to meet with WikiLeaks head Julian Assange and he's acted as a surrogate for the Trump campaign.

For his part, Farage is denying everything.

Farage told Fox Business' Steve Varney, "If ever I've seen an example of fake news, it's this."

During a recent interview, Farage stated he's never been financially compensated by Russia and has never visited the country. He's also maintained that he only visited Assange to set up an interview for his radio program.