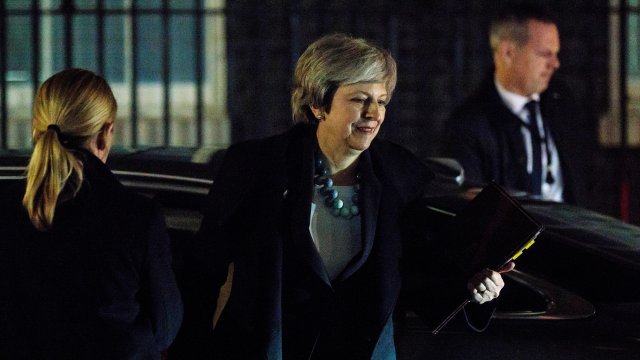 By Matt Picht
December 10, 2018
U.K. Prime Minister Theresa May is making a last-ditch effort to drum up support in Parliament for her Brexit plan.
SHOW TRANSCRIPT

The writing's on the wall: U.K. Prime Minister Theresa May's plan for Brexit is all but dead in Parliament. She's delayed a crucial vote on the deal to give her time to secure some last-minute assurances from the rest of the European Union.

The main issue dividing Parliament is the border between Northern Ireland and Ireland. The U.K. and the E.U. can't agree on how to handle the border post-Brexit, so they've agreed to a temporary "backstop" solution until a more permanent compromise is worked out.

But some pro-Brexit members of May's own party are worried the backstop could keep the U.K. tied to the E.U. indefinitely. May's hoping some reassurance from the E.U. will put those fears to bed.

It's not clear how she'll do that: European Council President Donald Tusk has already ruled out any renegotiations on the backstop deal. 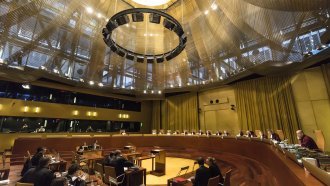 European Court Says UK Can Unilaterally Back Out Of Brexit

May could also try and get some declarations from the E.U. about how it'll treat the backstop, but those are likely to be non-binding and limited in scope.

Parliament is expected to try the canceled vote on the Brexit deal again by early next year. May's opponents in Parliament, the Labour party, have said they're considering filing a no confidence motion to oust May if that vote doesn't go well for her.