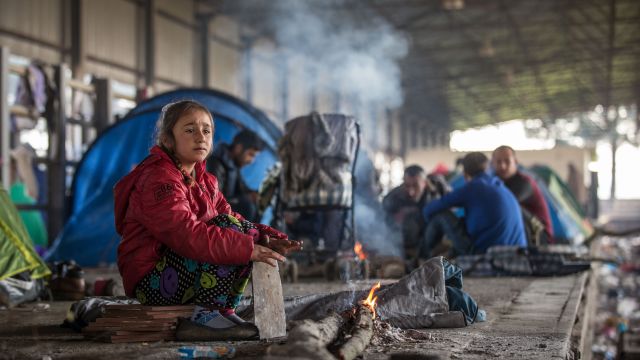 The U.K.'s House of Commons has rejected an amendment that would've offered shelter to 3,000 unaccompanied refugee children in Europe.

The amendment was authored by Lord Alfred Dubs, who as a child used a similar program to flee Nazi occupation before World War II. The proposal made it past the House of Lords but was narrowly defeated in the House of Commons 294-276.

Opponents of the proposal claimed admitting child refugees could incentivize child trafficking to get into Europe; the government vowed they would accept 3,000 children from refugee camps in the Middle East instead. The U.K. has already promised to accept 20,000 Syrian refugees by 2020.

This video includes clips from the U.N. High Commissioner for Refugees, Europol and the U.K. Parliament.