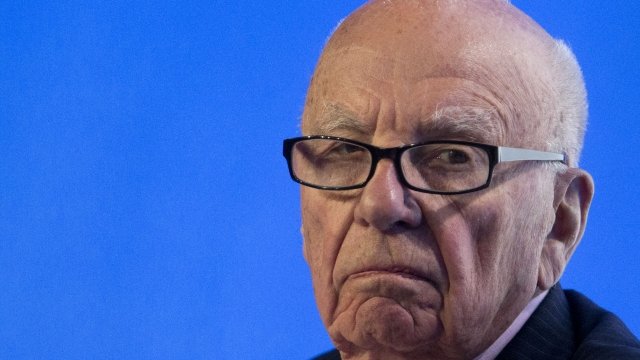 A U.K. regulator dealt a blow to 21st Century Fox's acquisition of European broadcaster Sky, saying the deal was "not in the public interest."

The Competition and Markets Authority said the deal would give Fox Executive Chairman Rupert Murdoch too much control over British media and influence on politics. The CMA says Murdoch's news organizations are already consumed by roughly a third of Brits.

Murdoch already owns 39 percent of Sky and has been trying to acquire the rest for some time. The deal now goes to Britain's culture minister, who has until May 1 to decide if the deal should advance.

Murdoch is also in the middle of a deal with Disney to sell Fox's entertainment wing, which includes his holding of Sky.