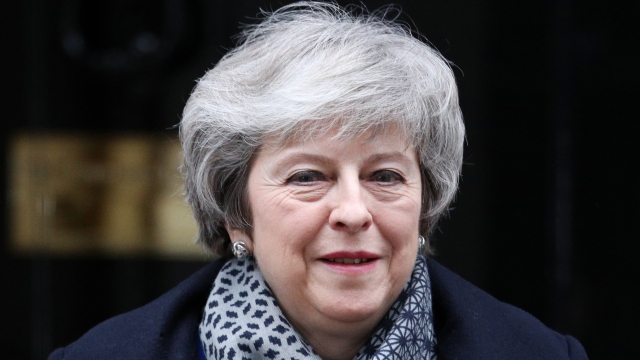 U.K. Prime Minister Theresa May will remain in power after narrowly surviving a no-confidence vote in Parliament Wednesday.

The House of Commons voted 325-306 in favor of May's government staying in power. If she hadn't won, there's a good chance she would've resigned, and a general election would have followed.

May's Brexit deal suffered the largest margin of defeat in modern Parliamentary history Tuesday. Just 202 members of Parliament supported May's deal, while 432 voted against it. One hundred eighteen members of May's Conservative Party rejected her deal. Labour Party leader Jeremy Corbyn brought up a no-confidence motion to unseat May immediately after the vote.

May's position is secured for now, but her government still has to come up with a backup plan — and soon. EU leaders have already approved a preliminary Brexit deal, but it still needs more than half of Parliament's approval before it can move forward. The U.K. is scheduled to leave the EU on March 29.

May survived a similar vote last month meant to oust her from her own party. Party rules state she can't be challenged again in the next year.